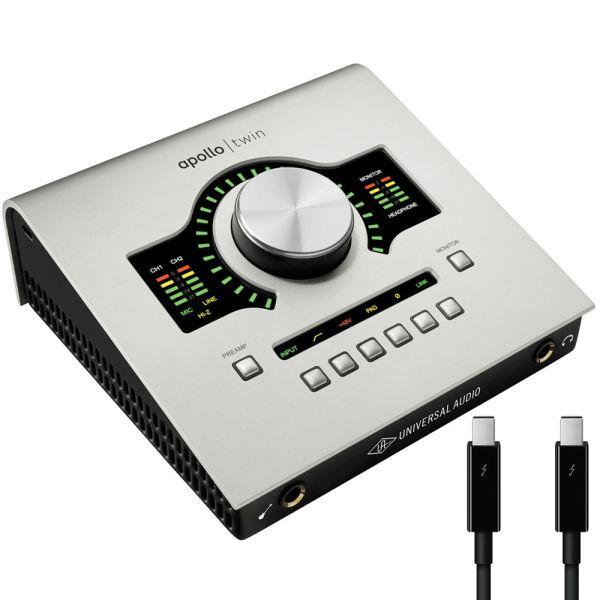 A Universal Audio breakthrough, Apollo Twin’s Unison technology gives you the tone of the world's most sought-after tube and solid state mic preamps — including their all-important impedance, gain stage “sweet spots,” and component-level circuit behaviors. Based on unprecedented hardware-software integration between Apollo’s mic preamps and its onboard UAD plug-in processing, Unison lets you record through stunning emulations like the bundled UA 610-B Tube Preamp plug-in, with more emulations coming soon.**

With its ergonomic desktop design, rugged aluminum construction, and front panel headphone and instrument connections, Apollo Twin has all the right tools, all in the right place.


*All other plug-ins are sold separately at www.uaudio.com. All trademarks are property of their respective owners.

Please fill out the form below and a Vintage King Audio Consultant will contact you with a ship date for the Universal Audio Apollo Twin DUO MKI w/ FREE Thunderbolt Cable.

Have a better price in mind for the Universal Audio Apollo Twin DUO MKI w/ FREE Thunderbolt Cable that you've been checking out? We're willing to work on it!Please fill out the form below with your contact information.Once the form is submitted, a Vintage King Audio Consultant will contact you as soon as possible with our best price on this product.