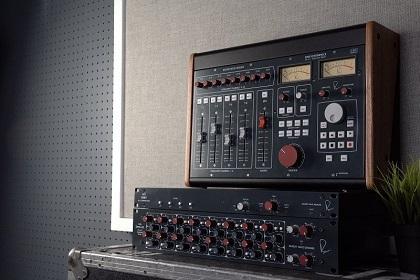 Earlier this year, Rupert Neve Designs gave its line of summing mixers a significant boost. Two of the brand's classics, the 5059 Satellite and 5060 Centerpiece, were given the Shelford Blue color treatment and the new 5057 Orbit was added to the summing family.  With the addition of the 5057 Orbit, it's easier than ever for studios to achieve Rupert's classic console sound, no matter their size or budget constraints.

So how do these summing mixer options from Rupert Neve Designs differ? We'll get way more in-depth in our new demo video below, but for starters, here's an overview of what each piece offers up to recording and mix facilities.

Rupert Neve Designs 5060 Centerpiece ($7999): The 5060 Centerpiece is an essential piece of kit for your desktop if you're running a hybrid analog and digital mix system. The unit allows for tactile fader control over stem outputs from your DAW, the ability to add in other analog gear from your control room, flexible monitoring and a powerful 24x2 mix buss. The Class A mix buss features Rupert's signature variable Silk for a wide variety of flavors.

Rupert Neve Designs 5059 Satellite ($3999): The 5059 Satellite is a straight-up traditional summing mixer without the frills of DAW control afforded by the 5060. This 2U rackmount unit is a 16x2+2 summing mixer with 16 channels of individual level, pan, inserts, stereo-2 sends and master texture controls. You can still integrate other outboard gear in your studio like the 5060 and there is also the variable Silk controls for achieving any coloring you may want.

Rupert Neve Designs 5057 Orbit ($1999): Rupert Neve Designs' latest release is a 1U rackmount unit with 16-channel Class A mix buss and variable Silk controls. The controls on the unit are extremely simple with four Mono push-button switches for summing the first eight inputs in pairs, a Trim control for the main output and the aforementioned Silk button and control knob. At less than $2000, this is the most affordable way for studio owners to get that classic Rupert Neve summing sound that we all crave.

To show off the three members of the Rupert Neve Designs summing mixer family, we headed into our video studio with Libby DeCamp, her band and engineer Bryan Reilly. Watch below for an overview of our set-up and hear several different versions of the track we recorded. You'll get a taste of an in the box mix and final mixes utilizing the 5060, 5059 and 5057. 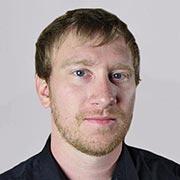