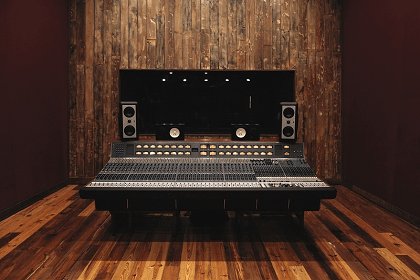 A few weeks ago, the pro audio community suffered a tremendous loss when Rupert Neve passed away at the age of 94. Known to many as the father of modern recording, Rupert's passing shook colleagues, fans and musicians alike. He was known for being an incredibly kind man and a brilliant innovator who inspired legions of music makers with his tools.

"I’ve always been a designer and I now recognize that as a person who was created in the image of the Creator, the kind of designs that I’ve been involved with are those that seek perfection," Rupert said in an interview with Vintage King in 2016. "We never reach that perfection, but you can go on searching for it, and that always makes me a designer."

And he never stopped. Rupert's mission for design perfection led him to continue innovating well into his 90s. Whether under the banner of Neve, Focusrite, Rupert Neve Designs or countless other companies he worked for, each piece of gear he brought to life will hold a special place in the pantheon of recording history. In honor of Rupert, we’re revisiting some of his most brilliant pro audio creations.

The undisputed king of mic preamps, the Neve 1073 hardly needs any introduction. Defining the term “British Tone,” the 1073 uses a Class A circuit with transformers on both the input and output. Originally born in 1970, the 1073 has gone on to become one of the most sought after gear pieces, leading hoards of designers to offer clones of the circuit. Terms like “rich” and “warm” are used constantly to define the iconic sound of the preamp, and the attached EQ brings clarity and sheen to virtually any source passing through it. The true magic of the 1073 is its ability to deliver a smooth, harmonically rich tone to all types of recorded sounds, offering an “expensive sound” almost immediately. Over 40 years later, engineers and musicians still can’t get enough of its sound, and for good reason.

The Neve 80 Series recording consoles are all over classic records throughout history. Albums by Tom Petty, Fleetwood Mac, Rage Against the Machine and more feature the classic “British Sound” that only the Neve desk could offer. A smooth, rich tone derived from transformer-coupled circuits, the tone of the Neve 80 Series became synonymous with the “sound of hit music.” These desks were built to be modular, so each console could have its own unique configuration of modules based on their needs. Because of their rarity and famous sound, the Neve 80 Series console is one of the most valuable pieces a modern studio can own. Iconic rooms like Electric Lady Studios and Sonic Ranch still operate 80 Series desks in their studios today, and the documentary Sound City follows the legendary 8028 as it made music history.

With its diode-bridge design, the 2254 is as beautiful sounding as it is complex. The 2254 was one of the gems of the 80 Series console and found great acclaim for its knack at adding weight and thickness to sources while taming dynamics with precision. With separate limit and compress functions that can be used simultaneously, the 2254 has stayed a favorite in the control room for decades. Its warm, creamy tone has made the 2254 a favorite on applications like drum busses and acoustic guitars.

Originally designed for broadcast, this mixer from 1969 found true crossover success in the recording business. Featuring 10 input channels, the BCM10 makes a great tracking console, emphasizing simplicity while maintaining the iconic Neve tone. A somewhat compact design, the BCM10 is in constant demand for use as a sidecar or for outboard summing. The Class A design and transformer-coupled mic preamps offered the iconic "British Sound," and the concise form factor made it more attainable to musicians and engineers not wanting to finance a large format desk.

Over a decade after Rupert sold off the Neve company, Sir George Martin commissioned Rupert Neve to design a console with the best mic input circuit that he possibly could. The result was the Focusrite ISA. Since its inception in the 80s, the ISA has become widely praised in studios both large and small. Immediately recognizable by the bright blue fascia, the ISA (Input Signal Amplifier) is a modern studio classic that many forget to have originated with Rupert himself. Utilizing Lundahl transformers on the input circuitry, the ISA imparts a smooth, open tone and rich harmonic content.

In recent years, Rupert’s work via Rupert Neve Designs allowed the innovator to push his creations even further. The 5088 recording console is the brand's crowning jewel, as it is a modern offering for those who want to indulge in the iconic sound of Rupert's legendary circuits. Using the same fully discrete design ideas that made his classics so tasteful, the 5088 console looks and sounds like Rupert's work, and continues to lend its smooth, warm sounds to hit recordings all over the world. 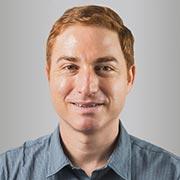