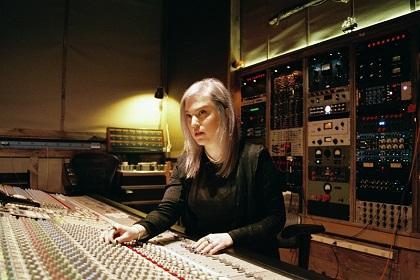 Erin Tonkon broke into the world of engineering at a young age and started learning under the best at NYU's Clive Davis Insitute of Recorded Music. During her studies, the budding engineer began working with production legend Tony Visconti. Over the course of six years, Erin would work side-by-side with Tony, including handling the engineering duties for David Bowie's final record, Blackstar, in addition to releases from Esperanza Spalding and The Damned.

In recent years, Erin has continued to amass an incredible discography of work, including mixing albums for Sad13, Richard Hell, Rosie Tucker, Lady Lamb and more. She is also the co-founder of a new company that is trying to revive the New York City music scene post-pandemic by bringing together musicians, producers, multiple studios and a new live venue.

We recently sat down to talk with Erin as a part of our ongoing 20 Questions series. Keep reading to find out about her go-to compressors and EQs, her favorite project that she's worked on so far and the best place to get a cup of coffee the next time you're in the Big Apple.

1. When did you first discover your love for music?
As young as I can remember. I grew up with an older sister who always had music playing. Some of my earliest memories are singing along to Michael Jackson and TLC with her.

2. What’s one piece of gear you can’t live without?
My Audeze LCD-2C headphones. I work out of several different spaces, and it’s so important to have a reliable set of headphones so I know I can calibrate my ears (the most important piece of gear!) to any monitoring system. The planar magnetic technology really sets them apart from any other headphones I’ve used.

3. What do you do in your free time, when you’re not working on records?
I’ve been working on building a company that will serve as an artists’ collective and hub for music creators. Hopefully, we will be a big part of building back the NYC music scene post-COVID.

4. How did you get started in the world of audio?
I went to a high school in San Diego that had a recording studio in it, so I started to learn some fundamentals at a young age. From there, a lot of internships at studios, record labels, and radio stations, and recording any band that would let me. I finally ended up attending The Clive Davis Institute at NYU and working for Tony Visconti simultaneously.

5. If you had to name a few of your favorite sounding records, what would they be?
I hate picking favorites, but off the top of my head, Low by David Bowie and Innervisions by Stevie Wonder were big early influences for me.

6. What would be your dream client to work with— any artist or band you’d love to do work for?
FKA Twigs would definitely be a dream to work with! There’s also this band out of London called Black Country New Road that I saw play two years ago, and I’m totally obsessed with them.

7. What compressor do you find yourself reaching for most often?
LA-2A, 1176, and Distressor in equal proportion. As far as plug-ins, I also love Eventide’s Omnipressor.

9. What’s the last good book you read?
I just finished reading Angela Davis’ Freedom Is A Constant Struggle, which is a really powerful collection of essays and interviews.

10. If you had one mic to make a record with, what would it be?
My old studio-mate had a Pearl Microphone Lab DT-40 and it is magical. I haven’t been that excited about a microphone in a while and it makes everything sound both warm and detailed.

11. Do you have a particular engineer that you look up to? Maybe one that you use as a role model?
Two of my professors in college, Bob Power and Jim Anderson, are two engineers I really look up to. Bob has an incredibly humanistic approach to engineering and production and has made some of the best sounding records of all time. Jim is a true master of the craft and absolutely nothing gets past his ears. His work has an unrivaled clarity and precision.

12. What’s a piece of advice you’d give to someone looking to get into the industry today?
Find your scene. Having a group of artists and creatives to collaborate with from the start will really help you hone your craft and weather any storms.

13. What’s your favorite local restaurant? Do you have a go to meal?
Mapo Tofu from Mission Chinese & Tortillas Montadas from Claudia’s Guatemalan.

14. Are there any pieces of gear you consider “dream equipment”? Maybe something you’d love to have but just haven’t pulled the trigger on?
I’d love a Fairchild 660/670, please!

15. What’s your favorite part of working alongside Tony Visconti?
My favorite part of working alongside Tony, besides the obvious of learning from my production hero and all the amazing records we got to work on together, was being around Tony’s infectious excitement about making music. You’d think someone who has been around so long and made so many iconic records would be jaded or stuck in their ways, but Tony truly loves making records and exploring new ideas. It was very inspiring to be around.

16. What’s a favorite movie of yours?
Parasite was the perfect movie!

17. What about the mixing process keeps you inspired?
I get to work with a diverse group of artists who all come from different backgrounds and different perspectives. Each artist is entrusting me with a very vulnerable and important part of themselves. This trust inspires me to approach each record with nuance and respect. Each record is a whole little universe I get to be a part of with new challenges and new opportunities. Endless creative inspiration!

18. What’s an album you’ve had on repeat in 2021?
Moses Sumney’s latest album, Grae. It makes me weep. Moses is an incredibly profound artist.

19. Who makes the best cup of coffee in NY?
Variety.

20. If you had to use one song or album as an example of your work, what would it be and why?
In 2018 I produced, engineered, and mixed an album with a London-based artist named Nuha Ruby Ra entitled How To Move. It’s being released in early March on Brace Yourself Records. Nuha came to New York with demos and lived with me for a month as we wrote, recorded and mixed. I gathered some amazing New York-based musicians together and we all vibed out and created an EP that breaks a lot of rules but turned out really cool and has been very well received in the UK.

It doesn’t fit into any box but so perfectly captures Nuha as an avant-punk artist and allowed us both to really experiment in a way you aren’t usually “allowed” to. It feels very “of the scene” that I grew up in, so it was cool to make a record like that. We were constrained by time but completely unrestrained artistically. It was sort of like letting my subconscious make a record!

Want to check out Erin Tonkon's work in the studio? Listen to the tracks below from Nuha Ruby Ra, David Bowie and Sad13. 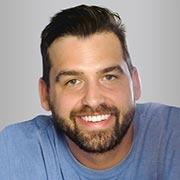 If you are interested in any of the gear mentioned in this blog or have a suggestion of who we should talk to next, hit us up! You can contact a Vintage King Audio Consultant via email or by phone at 866.644.0160.
Products in this Article
Categories: 20 Questions & Interviews
Tags: featured, 20 Questions, Producer, Interview, Interviews, Recording Engineer, Mixing, Mix Engineer, David Bowie, Erin Tonkon, Tony Visconti & Women In Audio
Posted By: Nathan Doyle