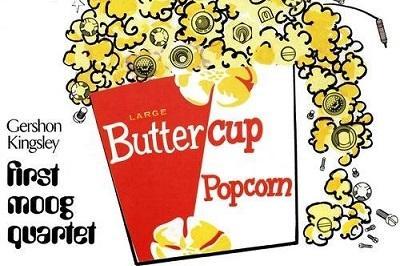 As one of the first hit songs to ever use a Moog synthesizer, "Popcorn" was both a sign of its times and a look far ahead into the future of music. Before soft synthesizers were ever a glimmer in an engineer's eye, electronic-music pioneers like "Popcorn" writer Gershon Kingsley were using big, bulky analog units with no presets to create musical magic.

Kingsley, now 95-years-old, began playing the synthesizer in the 1960s, but that’s not where his love of music began. Kingsley had already earned a name for himself in the world of musical theatre, even earning a Tony Nomination in 1958 for his Conducting and Directing. Throughout his lengthy career, he’s arranged music for film and television, Broadway musicals, and many songs for Jewish religious ceremonies, but his most famous work is an instrumental synth-pop song inspired by a salty snack.

Like all things ahead of their time, “Popcorn” took a while to catch on. However, once it did, it became a highly influential dance hit and one of the most frequently covered songs of all time. In the words of Kingsley, “The synthesizer is nothing but a new step in the evolution of musical instruments.”

Music To Moog By
Kingsley was born in Bochum, Germany in 1922. Decades after moving to America and establishing himself as a Broadway Conductor, he met Robert Moog, inventor of the Moog synthesizer. Moog introduced him to the world of electronic music and Kingsley was hooked. That same year he dropped $3,500 (almost $25,000 today) for the newly introduced Moog Modular Synthesizer, and began producing his own electronic music.

Kingsley's first solo album, Music To Moog By, was an all-instrumental album, mostly comprised of covers performed on the Moog. However, the album did feature a few original songs, most notably “Popcorn”. Kingsley said he became inspired to write the tune while listening to a popcorn machine, and came up with the melody in about five minutes. Plus, the name was a perfect fit. The song was a combination of pop music and kitschiness: pop + corn.

The First Moog Quartet
After the release of Music to Moog By, Kingsley decided to take the show on the road. In 1970, he teamed up with Stan Free, Eric B. Knight, and Ken Bichel to form The First Moog Quartet, who toured the US playing instrumental electronic music on Moog synthesizers.

Frontman Stan Free quickly noticed that “Popcorn” was a clear fan favorite, and suggested they use the song as their encore. Later that year, Kingsley released The First Moog Quartet, a live album recorded while on tour that featured a new live version of the song.

Although The First Moog Quartet mostly played colleges and universities on their tour, they became the first group to play electronic music in Carnegie Hall on January 30th, 1970  with a special appearance by Robert Moog himself. In 1971, they performed the Concerto for Moog with the Boston Pops Orchestra, scored for synthesizer quartet and symphony orchestra.

And that’s it. That was the end of The First Moog Quartet. After the tour ended they all went back to their own lives. But, fortunately for electronic music fans, it was far from the end for “Popcorn”.

Hot Butter’s version of “Popcorn” exploded. It became an international dance hit, and sold over two million copies globally. It peaked at #9 on the Billboard Hot 100 charts, #4 on the Easy Listening charts, as well as #1 in Australia, France, Switzerland, Germany, the Netherlands, and Norway.

The Popcorn Legacy
Since its original release in 1969, Kingsley’s “Popcorn” has been covered by over 815 artists, with notable versions from artists like Jean Michel Jarre, Aphex Twin, Herb Alpert and the Tijuana Brass, Marsheaux, Muse, Crazy Frog and The Muppets.

With new versions of the song being produced practically every year since it's release, “Popcorn” continues to inspire to this day. As the infectious electronic tune evolves with the ever-changing musical landscape, it’s truly a testament to the timelessness of a great melody and the influence of early electronic musicians like Kingsley and his Moog Quartet.