The Best Books On Recording And Mixing 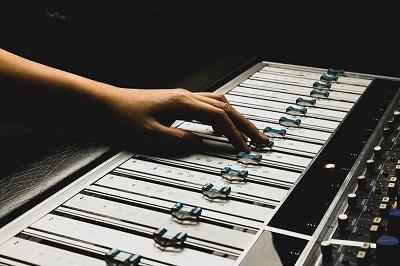 "Books are for nerds. I haven't read a book since high school. Why would I read a book when I could just watch tutorials on YouTube?”

Successful engineers in the music industry are lifelong learners. It doesn't matter if you have a degree in the recording arts and sciences, or even if you've cut 100 records — there's always room to learn something new.

For decades, aspiring engineers have relied on the apprenticeship system to hone their craft, but those opportunities are literally one in a million. There are only a handful of extraordinary engineers and a very limited number of assistant positions available.

Just because you don’t have the opportunity to be next to these engineers doesn’t mean you can’t learn from them. Some of the most successful engineers of all time have committed their wisdom to print to help the rest of us learn the ropes. Check out our list of the best books for learning the arts of recording, mixing and beyond.

Mixing Secrets For The Small Studio by Mike Senior
Mike Senior is an accomplished engineer from London, but you probably know him from his work with Sound on Sound, where he launched the "Studio SOS" and "Mix Rescue" columns. His infamous Cambridge Multitrack Library is essentially basic training for aspiring mix engineers. His book, Mixing Secrets For The Small Studio, provides a complete mixing course based around the techniques of more than 100 of the world's most famous producers.

The Art Of Mixing: A Visual Guide To Recording, Engineering And Production by David Gibson
Although this book is a bit dated, the concepts are still relevant today. It explores complex topics and explains them in a simple, visual manner. Some books discuss audio engineering from a scientific perspective, and others take a more artistic approach, but The Art of Mixing is the perfect blend of both styles. Gibson’s visual approach will make you think of mixing in a whole new way.

ZEN And The Art of Mixing by Mixerman
In ZEN And The Art Of Mixing, Mixerman takes a philosophical approach to mixing, focusing less on the technical side and more on how to think about mixing. He discusses the different planes of space within a mix, how to visualize a song and his infamous “Steps to Better Mixing.”

"Mixing can not be taught, it can only be learned..."

Thinking Outside The Box
Being a good engineer takes more than technical know-how. These last few titles aren’t directly related to recording or mixing, but they offer valuable insights into other facets of the music business that will make you a more well-rounded engineer.

Behind The Glass: Top Record Producers Tell How They Craft The Hits by Howard Massey
Behind The Glass approaches the process of making records from the producer's standpoint, and while there aren’t any details on compressor settings, there’s a goldmine of useful info for aspiring engineers.

Music Theory For Computer Musicians by Dr. Michael Hewitt
Music is the universal language, but if you don’t know music theory, you can’t read or write that language, which can really limit your ability to communicate. Music Theory For Computer Musicians covers music theory basics that every engineer should know, like rhythm, tempo and note lengths, intervals and the Nashville number systems.

From algorithms for calculating the db SPL of a system to advanced applications of Ohm’s Law, The Sound Reinforcement Handbook is one of those books that you’ll reach for over and over again throughout the years. This holds especially true if you plan on getting into the more technical side of engineering and need to know about acoustic treatment placement, PA system design or even how to read and write schematics for signal processors.

Kinesthesia
Unfortunately, most creatives simply don’t learn much by reading books — they're most likely to have a kinesthetic learning style, meaning they learn by doing. So in order to learn from The Greats, you have to put their teachings into practice. Keep these books handy, and remember to take time to apply what you read as you go.

Categories: How To & Fun Stuff
Posted By: Brad Pack