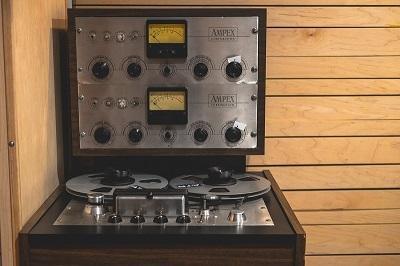 The recording process has changed a lot over the years. In the past, engineers used tube mics and analog preamps to record instruments directly to analog tape. The combination of unique tones from those three pieces of gear added a very pleasing texture to the music created.

While it’s still extremely common to see analog preamps and tube mics in a modern studio setting, tape machines are a somewhat rarer bird. While you'll still find them in many studios, the industry-wide shift to working in the box has made bypassing tape a somewhat more feasible practice. Because of this, many engineers feel that modern music is missing something.

Recording to tape gives music a certain character. It rolls off the high-end and adds a small bump in the lows, similar to an equalizer. It rounds off transient peaks, creating a subtle form of compression. Perhaps most importantly, it adds a unique form of saturation, primarily boosting what are known as 3rd order harmonics.

In this blog, we are going to talk about the basics of tape machines, how different elements change your final audio output and how we can emulate tape without actually owning a machine.

Modern tape emulation units can come shockingly close to recreating the vibe of vintage tape machines. But, in order to understand the differences between these units, you’ve got to know what they’re emulating.

Microphone signals were recorded directly to 16 or 24 track tape machines, which used large (usually 2”) tape reels. These reels would be played back through the console during the mixing stage, and after signal processing would be printed to a smaller (usually 1/2”) 2-track “master” tape. The different tape sizes each have their own unique sonic qualities.

The size of the tape isn’t the only factor that affects the sound, however. The type of tape you use also affects the frequency, compression, and distortion characteristics.

After choosing the tape machine and tape type, it’s time to select the tape speed. Tape speed is measured in inches per second, and has the largest impact on the frequency response of the machine.

Keep in mind, tape machines are actual machines. When they start spinning reels of 2” tape around at 30ips, they generate heat, movement, and noise, which can change the tone of the recording. Variations in the low-end caused by the movement from the tape machine are referred to as "wow," while variations in the high-end are called "flutter."

Finally, tape machines require calibration, and part of that process is setting the bias. Bias controls the sensitivity of different frequencies, and when they begin to distort. A low bias setting will cause more distortion, particularly in the low-end, while a high bias will cause less distortion.

So, how does the modern engineer recreate the unique sound of tape machines? Well, the obvious answer is to buy a tape machine. Brands like Mara Machines have a wide range of options that could fit nicely into your studio space. If you're looking for more cost-effective alternatives, there are many analog and digital options for tape emulation.

There’s no wrong way to use tape emulation. Some engineers like to recreate the signal flow of yesteryear by putting 2” multitrack tape emulation on each individual channel. This can quickly throttle even the most up-to-date machines, so it’s not uncommon to route multiple tracks into a few busses with tape emulation units on them. Not only does this keep your signal processing low, it also helps recreate the vibe of tracking to a 16 or 24 channel machine.

It’s also common to see 1/2” tape emulation used on the mix bus to help recreate the vibe of mixing to a master tape, which is a much more CPU-efficient way of adding subtle amounts of “tape sound”.

Just remember, part of the charm of recording to tape was the subtle differences between each channel on the machine. Without the compounding effect of multiple channels adding their own unique combination of effects, you won’t get that traditional “tape sound.”

But who cares? The best part about tape emulation units is that you can experiment in ways that analog tape would never allow. Stack 5 different tape machines on a single channel. Use a 2-track machine on every channel. CRUSH THE LIVING HELL OUT OF SOMETHING. Go nuts! There’s no wrong way to use tape emulation!

These first few plug-ins are licensed models of actual tape machines used to cut some of the most successful records of all time.

While tape machines are excellent, they have a very specific purpose. You may find more use out of a saturation plug-in that can mimic the effects of tape. While these plug-ins don’t model specific tape machines, they’re great for adding a similar vibe to your tracks.

If you want to introduce some true analog warmth without the hassle of operating and maintaining an actual tape machine, check out some of the following outboard saturation and tape emulation units:

From vintage emulation to modern innovation, the sound of tape can improve almost any track. With these plug-ins and outboard processors, you've got a plethora of options for adding that analog warmth we all know and love. If you have questions about tape machines, plug-in emulations, or outboard gear that can replicate that classic warmth, we're here to help! Please contact a Vintage King Audio Consultant via email or by phone at 866.644.0160.
Products in this Article
Categories: News and Events
Posted By: Brad Pack