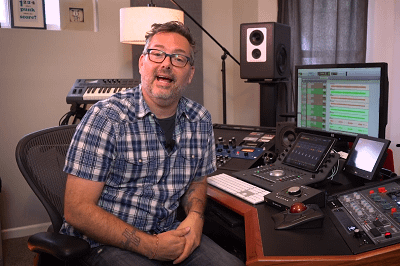 One of the most common questions we get asked by customers at Vintage King relates to plug-ins and how they stack up against their analog hardware counterparts. In terms of Universal Audio's software replicas, the painstaking care taken to recreate these classic pieces of hardware is beyond obvious when comparing their sonic output.

To better illustrate the similarities between Universal Audio's plug-ins and the analog gear they are modeled after, we reached out to our own Dave Rieley. Taking to his personal studio, affectionately called Go Davey Go, Rieley has put together a shootout featuring both digital and analog versions of the Neve 33609, Chandler Limited EMI TG12413 Zener Limiter, Neve 1073, Tube-Tech CL 1B and Universal Audio 1176.

Watch our new video featuring Dave Rieley below and listen to his comparisons between these Universal Audio plug-ins and the hardware they are based on. Continue below the video to get more information about each piece of gear and learn the role they've come to play in studios all over the world.

A classic since its release in 1969, the Neve 33609 offers engineers ultra smooth compression in mixing, mastering, broadcast and post-production settings. This compressor can be as transparent as you like or add color to anything, including drums, piano, vocals and strings.

Modeled after the original EMI limiters, including the RS114 tube limiter and the RS168 Zener Limiter, Chandler Limited has made the tools used by the Beatles and Pink Floyd available for less. Perfect for bringing warmth and color to your projects via the rare zener diode topology.

Neve 1073
The one, the only, the 1073. Created by Rupert Neve in 1970, the 1073 has often been looked at as one of the most important preamps ever created and the definition of the Neve sound. It's simple to drive your signal for glorious distortion, add warmth and bring depth to your tracks with this classic preamp.

Tube Tech CL 1B
There's a reason that the CL 1B is one of the most beloved compressors in pop music and that's because it offers some of the smoothest compression around. In addition, it does its job transparently and never leaves any trace of color behind on your tracks.

Universal Audio 1176
Created by Universal Audio founder Bill Putnam Sr., the 1176 is a storied peak limiter that features all-transistor circuitry and FET gain reduction. The ultra-fast attack time, simplicity and vibe has made this a favorite of users like Vance Powell, Joe Chiccarelli and many more.

If you're interested in learning more about Universal Audio plug-ins or any of the hardware pieces included in this shootout, please reach out to Dave Rieley (ex. 176) or one of our other Audio Consultants by email or phone at 888.653.1184.