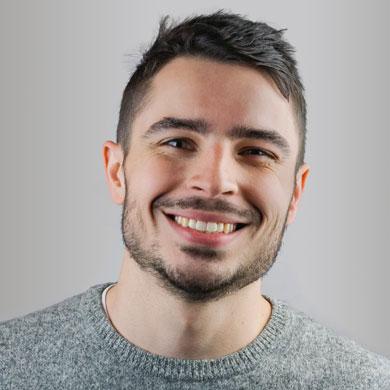 Growing up in the small Kentucky town of Corbin, Stephen Earnest was set on a path towards music at an early age. Thanks to his parents, he would take lessons in guitar, bass, drums and keys before eventually starting an indie rock band in high school.

"We weren't very good, but we were obsessed with playing," Stephen says. "That band is what first introduced me to recording. We did some really rough two track recordings into GarageBand, and it kind of spiraled from there."

Inspired by his initial experiences in recording, Stephen would eventually move to Nashville where he would earn a degree from The Art Institute of Tennessee. He went on to work as an intern at the world-famous Blackbird Studios and eventually became a freelance engineer and producer.

Stephen also began building out his own studio space in Music City, dubbed Gnome Recording Studio. Built out inside of a 100-year-old warehouse in the Wedgewood/Houston neighborhood, the project was an immense undertaking, but well worth the hard work.

"We have gotten to work with some really great artists like Kris Allen, Leeland and Chris Tomlin," Stephen state. I've also been a part of some really cool records for indie artists that I predict are going to be household names real soon. You should watch out for Molly Parden and Jake McMullen."

With Stephen now working at Vintage King Nashville, he hopes to bring his expertise to his clients and allow them to achieve their studio dreams just like he has. To him, "it's never just about getting the sale, it's about equipping clients with the right tools to make great music." We couldn't agree more.

What is your favorite piece of gear?
I couldn't live without a 1073. Ideally an vintage one with original Marinair transformers. Pair that with a U67 and an LA3A and I am good to go.

What is the most inspiring part of the recording process, for you?
The initial tracking. I love live band tracking. I don't care if parts get overdubbed later, you can't replace what happens when musicians get into a room together and hash out a song. It makes a producer and engineer feel like they are part of something. Part of a team.

What else are you interested in, besides music?
I love learning new things. Recently, it's been film photography and fly fishing. My all time favorite interest though is traveling with my family. If my wife and I could magically have dual citizenship in France, we wouldn't complain.