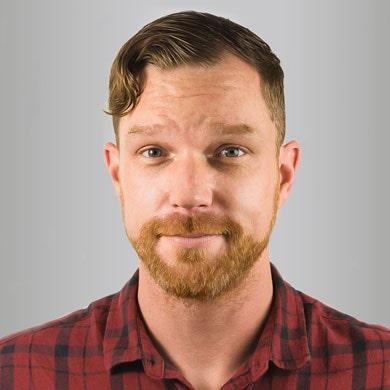 James Good comes to Vintage King with more than a decade of working in pro audio under his belt and has a star-studded Rolodex to prove it, as he has helped build, design, and maintain some of the best studios in Los Angeles and around the world.

His experience also includes playing and recording music himself. Growing up in a musical family, James picked up the guitar at an early age and shortly thereafter was gifted a Tascam 4-track by a friend of the family. Inspired by fingerpicking guitarists and the music of The Sadies, Elliot Smith and Hank Williams Sr., the young musician took to working on his own recordings, something he still holds dear to his heart.

"I think the piece of gear that really changed everything was the digidesign Mbox," James says of the home recording tool. “It started the basement recording revolution and has given more people the ability to record their own music.”

No matter at what level you work in the audio industry, James has the experience and knowledge to help with your next project. "I really work well with everyone. It doesn't matter if you're an industry professional, Grammy winner, or just working out of your basement for fun," James states. "I have experience doing small project recording myself, but I've also worked with Dr. Dre, Capitol Studios, Max Martin, and Bruno Mars."

What do you like best about working at Vintage King?
The team and the resources we have to help people make music.

What else are you interested in, besides music?
Baking sourdough bread, photography, and camping as much as possible.