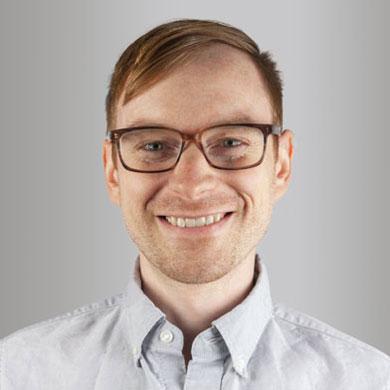 Philadelphia native Don Spacht became a music lover thanks in part to his father’s encouragement. The senior Spacht (who is a bluegrass banjo picker) required his kids to take up piano, which Don eventually traded in for guitar. The path opened up by Don’s love of music would ultimately lead to him to studying audio production at Ithaca College.

“I went to get a degree in Television & Radio, originally thinking that I might like to work at a radio station,” Don says. “After getting a taste of Pro Tools and audio production from the broadcasting side, I quickly realized that the college’s music department had much cooler equipment.”

Interaction with the recording studios at Ithaca influenced Don to begin working in the pro audio industry on the manufacturing side. He has spent time at both Apogee Electronics and Antelope Audio, working to see through the brands’ vision for products and helping to launch the Ensemble Thunderbolt, Symphony I/O MKII, and Edge Modeling Microphones.

While working with Vintage King at Apogee and Antelope, Don learned first hand about how the pro audio retailer operated. When he decided to make a career change in mid-2019, he linked up with Vintage King and became the company’s Western Sales Manager.

“Vintage King is a preferred dealer for both of the brands I worked for, and by doing business from the vendor side, I got to know and respect their mission and unbeatable customer service,” Don says.”Having worked on 'all sides' of shopping for pro audio gear, I hope to bring a uniquely holistic perspective to my position at Vintage King.”

As the Western Sales Manager, Don is working hard to make sure that Vintage King’s Audio Consultants have the tools they need to best serve their customers. Given his history as a retail salesperson, manufacturer representative, and a pro audio customer, we know that Don will get the job done right every single time.

What record do you point to as an example of perfect music production? Why?
Queen’s A Night at the Opera, which is such an obvious choice I probably don’t need to justify it. And for a more modern pick, I’ll go with Demon Days by Gorillaz. It’s super cohesive despite the mishmash of contributors and production styles, and I’ve listened to it about a zillion times.

What is the most important piece of recording or production advice you've ever received?
Get it right at the source, or as some people say it, “garbage in, garbage out.” Seems to apply pretty well outside of recording and production, too.

What else are you interested in, besides music?
I do hot yoga three or four times per week. I tried it for the first time with my wife a few years ago, and it quickly became one of my favorite hobbies. Also, I love to travel and take my dog on long walks.