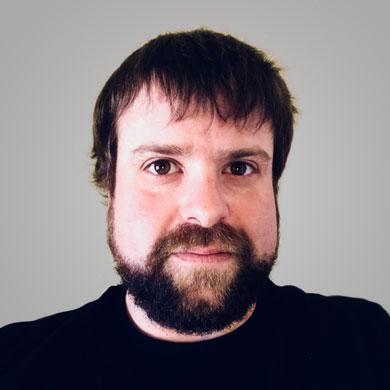 From an early age, Illinois native Dave Fisk was passionate about discovering how things worked. This notion, blended with Dave's love of music, led the budding drummer to discover a world of opportunity in recording.

"Back in high school band, one of the trumpet player's fathers ran a local pro audio shop, and he would record every performance of every ensemble," Dave says. "That was the first time I had seen something like that in person and up close and I was immediately interested in what was going on."

After catching a small glimpse of how recordings were made, Dave dug out his dad's reel to reel tape recorder and began making rudimentary recordings of himself playing drums. The young musician was inspired heavily by the budding 90s grunge/alternative scene, including bands like Smashing Pumpkins, Soundgarden, and Nirvana.

Dave's passion for recording quickly transitioned into a career in film and television, including roles as a production team member and working in post-production houses. As hi-def video and non-linear audio recording became standard, many of the post houses Dave worked at were unsure how to handle these formats. He quickly developed workflows from production through post that are now industry standard.

Now working at Vintage King as an Audio Consultant, Dave is excited to help his clients create workflows that help them in the studio. His knowledge of gear and how to route it will benefit you, no matter whether your operating a project studio from your bedroom or the biggest post house in the industry.

What is your favorite piece of gear?
I have to pick just one? Well, out of all the gear I've used, the one that sticks out to me the most is the DeltaLab Effectron II. I was playing drums on a tune back in college in a studio and we bounced my drums to a stereo channel on the console, compressed the snot out of it, and then ran that through the Effectron. It was wild hearing what that thing did to my cymbals. I still have that recording and listen to it often.

What record do you point to as an example of perfect music production? Why?
Siamese Dream by The Smashing Pumpkins. Maybe it's because that album is the soundtrack to my high school experience, but to this day, it is still perfect in every way. The song selection, the order of the songs, the writing, the arrangement, the sound, the vibe... It's as perfect as you can get.

What is the most important piece of recording or production advice you've ever received?
There are two: Save early and save often. In the digital world, if your data doesn't exist in at least two places, it doesn't exist at all.