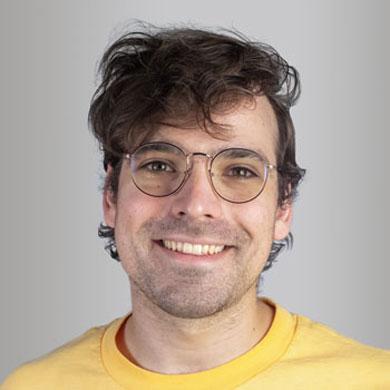 "I spent nearly every night recording in my kitchen while my family ate and watched TV. I posted the tracks (with family sounds and all), to Myspace for my friends to tease me about at school the next day," Dan says. "Until Myspace lost all that data, I’d go to my old page from time to time to keep myself humble whenever my head got too big."

Dan's love affair with music would only grow from there. Throughout college, he played in a string band, and when he could keep his roommates quiet, they would set up an old school studio in his house.

"We’d gather around the microphone and record Elvis style, with the lead singer right up close. We’d stick the drummer in the back with a couple SM57s and experiment until we got something that worked," Dan states. "These sparse sessions created a foundation for a performing and recording career that continues to this day."

The "Can Do" attitude of Dan's years spent honing his recording skills has quickly translated into his role at Vintage King. As an Audio Consultant, he is willing to do anything for his customers and make sure that their audio dreams become a reality.

What is your favorite piece of gear?
My MPC 1000 is the brains of my operation. Its effects processing isn’t on par with newer samplers, but its sampling workflow is, in my opinion, tough to beat. I can slice and dice those transients like a sushi chef. Hot swapping compact flashcards also connects me to my playground Gameboy days in a really satisfying way.

What piece of gear changed how people work the most?
For my generation, definitely Ableton. It's an intuitive interface and puts music production in the peoples’ hands like nothing else. Having zero music knowledge or experience at that early age, I was able to hop right in and not only record myself, but create beats and use plug-ins and VSTs through only experimentation.

What record do you point to as an example of perfect music production? Why?
Frank Ocean’s Blonde. Its minimal instrumentation sounds rainforest lush, and Frank’s voice is inhumanly perfect and perfectly human at the same time. I’ve returned to it hundreds of times, and the emotional impact of the record still hasn’t diminished.