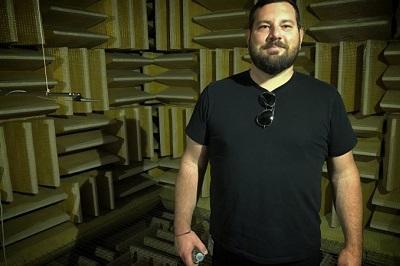 Front of House vet Brian Pomp has handled live sound responsibilities for Iggy Azalea, Hollywood Undead, Kesha and American Idol winner Kris Allen, just to name a few. He's currently out on the road with the Joe Jonas-led band DNCE and has brought out some exciting new pieces of gear for this round of touring.

Navon Weisberg of Vintage King Los Angeles caught up with Pomp at the Belasco Theatre in Los Angeles to get the lowdown on his current touring set-up. Discover how the FOH engineer mixes MADI plug-in technology with analog gear to deftly handle the dance rock stylings of DNCE.

What kind of board have you brought out on the road for this DNCE tour?

For this tour, I have a DiGiCo SD10 and it has all the capabilities for all the inputs and routing that I'm dealing with. It's a great sounding board. It's very clean, very pristine sounding.

How do you bring plug-ins into the flow when you're working?
I've recently incorporated this product from Soundcraft called the Realtime Rack. It's a MADI-based server for UAD plug-ins. I find them to be superior to anything out there and the system has been working beautifully. It's controlled by a separate computer. The only thing between the console and the Realtime Racks is via MADI, so there are no data conflicts. Sometimes with other systems where you use plug-ins with consoles, there can be problems with how the software talks to each other and I've had consoles lock up on me. This works really well for me, even though some might find it quirky to have to go to another interface to use it, but I think it's fantastic. Especially with the choice of plug-ins. I mean, Shadow Hills, their stuff is fantastic. I have several of their preamps incorporated in my system. I run the vocal through a Shadow Hills preamp.

What kind of analog gear are you using?
I have a Vintage King 500 rack. In addition to using the Shadow Hills Mono Gama as the pre amp for my lead vocals, I also use an API 565 set just to get the high pass filter and a little low-pass filter on the top. If I have a particular problem at a frequency, there's a notch filter that you can sweep to whatever you need. That goes into the console then I send an insert send back out and I hit the Distressor first and I hit a really fast attack and release just to get transients to kind of contain the front end of it. Then I go into the Empirical Labs Derresser as a de-esser circuit. I go into the SSL EQ to shape the tone and deal with problematic frequencies in the room. Then I go into the Brute limiter just to kind of finish it off. It's a nice optical limiter to kind of squeeze it all together. Then I really finish it off with the MAAG EQ-2, so I can boost the highs back in with the AIR band at about 10k, 15k, depending on the room to give the vocal a nice little lift before it goes back into the console.

The other thing I'm very happy to have added to the system is the Burl B2 DAC, which I brought on for this tour. It is unbelievable just how clean and full the signal is leaving the system before it gets to the PA. It has body. Everything just feels right in your face. It's big. You want to talk about placebo effect with word clocking, DA conversion and everything else you can do to gussy up a system, but the thing is there is something logical about having a nice, expensive piece of good quality studio gear with good op amps in it. I did some A/B comparisons in the studio with my near-fields and it just sounded bigger. The highs were clearer and everything spread a lot better. The lows were more focused and punchy. I've been getting great results with the B2. I would actually like to have more Burl products eventually. They really do what I want them to do.

How does all of this gear stand up to the road?
The Burl stuff is rock solid. The Soundcraft Realtime Rack... It's funny because they are made by Soundcraft, the software is UAD, it's a different control interface on the computer screen than using the Console software for the Apollos. It's a better user interface for the live environment and I've been enjoying it. Especially having the Shadow Hills Mastering Compressor plug-in on the left and right. The Manley Massive Passive also sounds beautiful. It's just clear and transparent and beautifully shapes the tone of the mix.