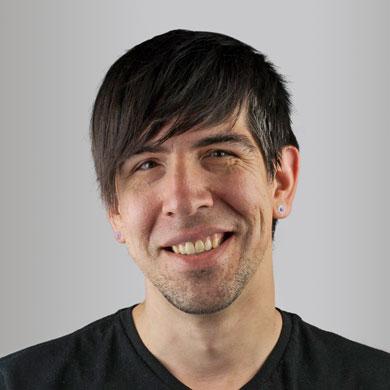 Sam Routheaux is a Michigan native who was inspired by his parents’ eight-track collection at an early age. Young Sam was enthralled with the format and would attentively listen to how the sound of each album differed from artist to artist. It would be the start of his life-long interest in recording and gear.

“I used to take two tape recorders, hit record on one to track a bass line. Replay the bass track and hit record on the second recorder to track a guitar." Routheaux says of his start in recording. "A genius idea at age seven, right?”

Years down the road from his tape recorder experiments, Sam still loves the recording process and has furthered his love of pro audio knowledge having spent time working in retail at Guitar Center and LPD Music. As an Audio Consultant at Vintage King, he enjoys helping and working with people that are cut from the same cloth.

"When you're in a room with other musicians or like-minded individuals, it's great to be able to combine ideas to create," Routheaux states. "I love the collaborative process from front to back."

In addition to his love of recording, Sam is a big fan of all things 1980s and 1990s with a fervent love for Queen and everything nostalgic from his childhood. Whether you want to pick someone's brain about Freddy Mercury, 30-year-old movies or the latest gear to hit Vintage King's shelves, Sam is your man.

What is your favorite piece of gear?
I swear by my Royer 121 on guitar amps!

What is the best recording or production advice you've ever received?
You will always be your own worst critic. Try not to overthink it.

What piece of gear changed how people work the most?
Pro Tools and home recording has made the dream more accessible.