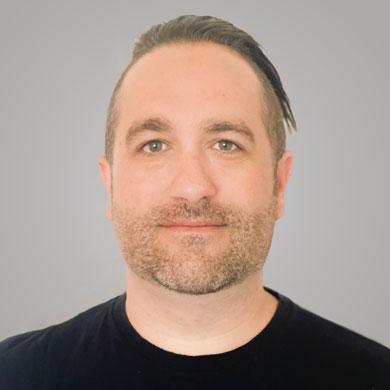 Patrick Carpenter is a fourth-generation Angelino who has joined the ranks of Audio Consultants working at the Vintage King Los Angeles showroom. His love of music, much like many of his generation, started with the heavier rock coming out of Seattle in the early 1990s.

"Musicians in the 90s sure did have their way of making music exciting," says Patrick. "I heard Nirvana when I was nine-years-old and that was it. I had to have a guitar."

Patrick's relationship with making music would ultimately lead him to the recording studio. Facing the typical budget constraints a band full of young musicians often do, Patrick was dissatisfied with only being able to spend a week or two in the studio a year, as opposed to recording as much as he wanted.

The solution that he devised was to build out his own rig and start recording for himself. Working eight hours a day, every day, Patrick went further and further down the rabbit hole of creating his dream studio. The budding engineer soon realized that, in addition to making his own music, he was well on his way to building a profitable business.

"I think my biggest accomplishment was that I pulled together every resource I could possibly find to build a functional studio that could track at a high level and attract pretty solid projects," Patrick states. "Being able to work out billing and run an actual business is another story, but we eventually got there."

Now as an Audio Consultant, Patrick is bringing his years of expertise and lessons learned to his clients at Vintage King.

"The best part of working at Vintage King is the relationships I have with my coworkers and the way everyone helps each other to make sure the customer experience is top-notch," Patrick says. "The entire focus of the company is about creating exceptional and integral relationships throughout the industry. We all want that and it shows."

What is your favorite piece of gear?
It's a tie between my Diezel VH4 guitar head and my Neumann U87ai. Both get a lot of use in my studio.

What piece of gear changed how people work the most?
In my lifetime, Pro Tools. Everything after that is an innovation or addition to the landscape. Virtually anyone can make a record from home because Digidesign made it so. Without the early Mbox and 001-002 series, recording would not be where it is today.

What record do you point to as an example of perfect music production? Why?
Face To Face, Reactionary. This record is perfect. It's exactly the way the band sounds live, all analog, well balanced, no frills, it's a raw display of true musical talent.

Aside from music, what are you interested in?
I have too many hobbies, I'm an avid cyclist, and love to ride bikes basically anywhere I can. In addition to that, I have a major obsession with automotive racing, particularly Formula 1 and drag racing.