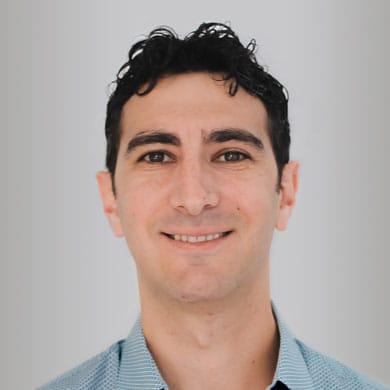 Jeff Leibovich brings a wealth of experience to the Vintage King sales team, as he has a stacked resume from a lengthy career as both a musician and engineer. Starting out on piano as a child, Jeff had no idea where music would take him, but he hasn't stopped since: "I started by learning classical and then stumbled onto the blues scale in high school," Leibovich says. "That's when I started a band and I'm still making noise now."

Studying audio at the University of Michigan, Jeff was the first student at the school to use the newly installed API Vision 48-channel desk. To this day he still swears by advice he got while in college; Focus your energy on improving the ends of your chain furthest from the computer/recorder.

"If your source sounds terrible, the most expensive microphone in the world won't make it sound better," Leibovich says. "If your mic can't capture the source accurately, your preamp can't help you. On the other side, if your monitors aren't accurate it doesn't matter how good your D/A is!"

Prior to his position at Vintage King, Jeff interned at Audio Producers Group and Hinge Studio in Chicago, where he worked with such artists as Kanye West, Lupe Fiasco, Donald Lawrence, and a number of notable hip-hop and gospel musicians. Jeff is currently a partner at IV Lab Studios in Chicago.

Jeff began working with Vintage King in January 2007, after he applied for an internship, but was promptly fast-tracked to be the sales assistant to co-owner Michael Nehra. Learning the inner workings of audio sales directly from Mike opened the door for Leibovich to become a Sales Support Manager before eventually becoming an Audio Consultant.

While working as an Audio Consultant, Jeff's band Great Divide released their debut full-length in 2010, which tracked at The White Room, the studio of Vintage King founders, Mike and Andrew Nehra. Since the album's release, Great Divide has played across the country, including prominent gigs at the Chicago Blues and Bluegrass Festival, alongside Bela Fleck and Dr. Dog.

Jeff's dedication to customer service and his musician's perspective provide valuable insight for helping to build out or add to your studio. "The tone in the room is where it all starts, great gear only furthers to help capture it. It's all about honoring the classic techniques."

What is your favorite piece of gear?
Recording gear that I own? The Avedis MA5s - they work on everything. Instrument wise, it would have to be my Clavinet or the Steinway baby grand that now resides at IV Lab Studios. That's the piano I learned to play on and is still my favorite piano to sit in front of to play.

What piece of gear changed how people work the most?
The AD/DA converter & DAW.

What record do you point to as an example of perfect music production? Why?
PYT - This is almost always my first reference track in the studio. There are so many things happening, and yet nothing competes and everything sits just where it needs to in the mix.