$ 2,095 .00
Your Savings: $ 600 .00 Msrp: $ 2,695 .00
No interest if paid in full within 12 months Learn more
More On Order
This product is in high demand and we are shipping as many orders as we can. Place your order today to be included in the earliest possible shipment. Order now and we'll ship when in stock from one of our three fulfillment centers. 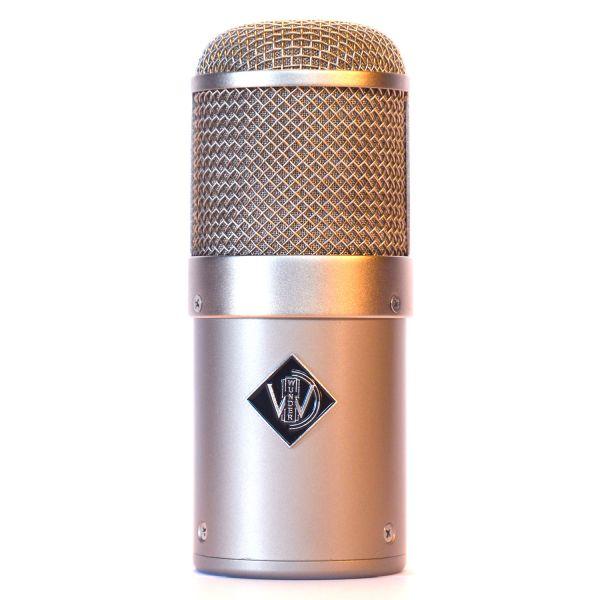 The Wunder Audio CM7 FET Suprema is a phantom powered version of the original U47. The original goal with a phantom powered mic was to bypass the need for a tube PSU. One shortcoming of the U47 FET was that the design technology of the 1960’s FET transistor was in its infancy and the end result was not always desirable. Wunder has improved this design with modern upgrade that employs an ultra low noise single n-channel transistor with JFET technology coupled with a Neve 1073 style mic pre transformer. The results are stunning and the performance of this mic greatly surpasses the original, yielding better low-lows and highs. This a workhorse studio mic for all sources, especially vocals, making it reminiscent to a 1970’s era U87!

Employing the exact replica of the original grille is one of the key aspects of achieving the correct performance of this mic. The Wunder Audio CM7 FET S grille is true to vintage with three gauges of grill mesh at the head grille: an outer large mesh, an inner medium mesh, and a fine mesh that is sandwiched in between. The grille has acoustic interplay with the capsule, having the electronic properties of a faraday cage. This proper vintage mesh gauge is not the readily available metric gauge and is vastly important for the legendary sound of a U47.

The Wunder Audio CM7 FET Suprema K47 capsule includes a one-piece back plate dual Membrane Capsule. The diaphragms are tuned individually and then matched for equivalent response. There were several different versions of the original Neumann K47 capsule. The earlier versions, circa 1960-66, had either brass or fiber diaphragm rings and the later versions, 1966 onwards, were made with white plastic diaphragm rings, which actually were better at isolating the diaphragm from the backplate ground.

Wunder took this approach one step further with a modern upgrade by utilizing a white porcelain ringed K47 in the capsule. the porcelain has low permeability and elasticity, considerable strength, hardness, resonance, and a high resistance to chemical attack and thermal shock, improving on the white plastic rings used on the original K47; which were prone to discoloring, becoming soaked with impurities over the years and affected its electrical resistance thus creating noise.

Your Wunder Audio CM7 FET S is nestled in velvet and softly secured in place in a foam-lined oak-wooden box that is clasped and hinged. This beautiful oak box is also sold separately. Your CM7 FET S yoke mount is an improved one piece design for durability.

Please fill out the form below and a Vintage King Audio Consultant will contact you with a ship date for the Wunder Audio CM7 FET S Condenser Microphone.

Have a better price in mind for the Wunder Audio CM7 FET S Condenser Microphone that you've been checking out? We're willing to work on it!Please fill out the form below with your contact information.Once the form is submitted, a Vintage King Audio Consultant will contact you as soon as possible with our best price on this product.

VIEW
59260
I would like to thank VK for the wonderful sales assistance, service and prices. This was my first purchase with you and it won't be my last. I only wish I'd discovered you years ago!
Matthew R.
I had two Grammy wins this year - Ray LaMontagne & Carolina Chocolate Drops. Both made with help from Vintage King!
Ryan F.
In almost 20 years in Pro audio buying, never did I receive a unit so well packed and exactly as described. Works flawlessly. The whole process has been so smooth. I will never hesitate to do business with you guys in the future and will recommend you to everyone I know.
Martin C.
This was my first experience buying something from Vintage King (although I surf the "used" categories on the website frequently!), and, despite being on the other side of the world, I had absolutely no trouble and everything went very smoothly.
Phil T.
The speed of delivery exceeded my expectations! I was VERY pleased that my shipment arrived in time for a scheduled vocal tracking session. The packing insured that my order arrived safely. And the sales staff responded quickly to questions regarding the product.
James P.
Thank you so much! Vintage King has been so fair and easy to work with. I can't thank you enough. It feels good to trust such a hefty purchase to folks who are so helpful and knowledgeable. Vintage King is a sound designers dream store.
Noa L.
You guys have excellent customer service and I am excited about the next upgrade I complete on my fifth recording facility. I've been in the studio business for forty plus years. The salesman I worked with at Vintage King was the best of the best. You all rock!
Robby T.
I would recommend Vintage King to any one looking for top-class gear, unbeatable customer service and the best prices on the map!
Jake D.
My experience with Vintage King was excellent. The order was here fast considering it was out of stock. The sales person had SKB send it to me directly and I couldn't have been more pleased.
Michael D.
From the minute I placed my order I was kept well-informed through each step in your process. Even though I was buying a comparatively modest piece of gear, your attention to detail made me feel like I was purchasing a six-figure mixing desk.
Thomas W.
I am a new customer of yours. You guys provided me the absolute best deals in ordering all the equipment to power my brand new recording studio. Your customer service is amazing and i will always deal with you from here on out.
Rob M.
Thanks for your great service and getting this out today. You guys really are the Kings!
Alan B.
Better than expected! Truly impeccable service. Your team was professional, knowledgeable, provided speedy delivery above and beyond standard. Vintage King Audio is definitely my go to for all of my audio and information needs.
James O.