$ 599 .00
or $17/month for 36 months 0% interest for 36 months. 36 equal monthly payments required. Learn more
PayPal Credit, Express Checkout and Pay in 4 available.
In Stock - Fastest eDelivery 24/7!
This product is delivered by download. Once your order is complete, you will receive a license code via email within minutes. Note: Software is not returnable, so please call if you need advice about compatibility or version. 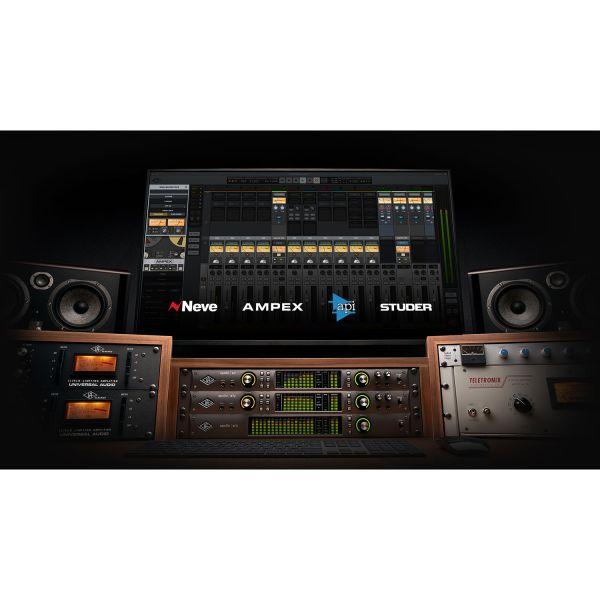 With the Universal Audio LUNA Analog Essentials Bundle you get classic analog studio sound with authentic Tape and Summing Extensions. The analog console and magnetic tape machine are the bedrock of world-class analog recording, and some of the best-sounding records of all time. With the LUNA Analog Essentials Bundle, you get four pillars of professional analog recording — Neve and API analog summing, and integrated Studer and Ampex multitrack tape — at a huge savings.

The perfect complement to the workhorse Studer A800, the ATR-102 Mastering Tape Recorder adds the final “analog polish" to your mixes. Since its inception, this legendary tape machine has turned recordings into records with its low-end punch and musical tape saturation. Using the ATR-102 as a LUNA Extension, get instant album-ready Ampex tape tones on LUNA's master fader and buses with all the authentic dynamics, tone, and saturation characteristics of the original analog hardware.

Please fill out the form below and a Vintage King Audio Consultant will contact you with a ship date for the Universal Audio LUNA Analog Essentials Bundle - Standalone Software.

Have a better price in mind for the Universal Audio LUNA Analog Essentials Bundle - Standalone Software that you've been checking out? We're willing to work on it!Please fill out the form below with your contact information.Once the form is submitted, a Vintage King Audio Consultant will contact you as soon as possible with our best price on this product.