$ 2,998 .00
Your Savings: $ 550 .00 Msrp: $ 3,548 .00
or $63/month for 48 months 0% interest for 48 months. 48 equal monthly payments required. Learn more
Special Order
Note: This item may not be returnable or could require a restocking fee. Contact one of our Audio Consultants for more details. Due to the special nature of this item, we order each unit fresh from the factory, exclusively for you! Lead times may vary so please chat, call or email for up-to-date inventory status.

16x22 Thunderbolt 3 audio recording interface with 2 Unison mic preamps, HEXA Core processing plus the Rack-Mount Apollo Heritage and Realtime Analog Classics Plus UAD plug-in bundles along with 2 UAD plug-ins of your choice
Shop All Universal Audio
Skip to the end of the images gallery 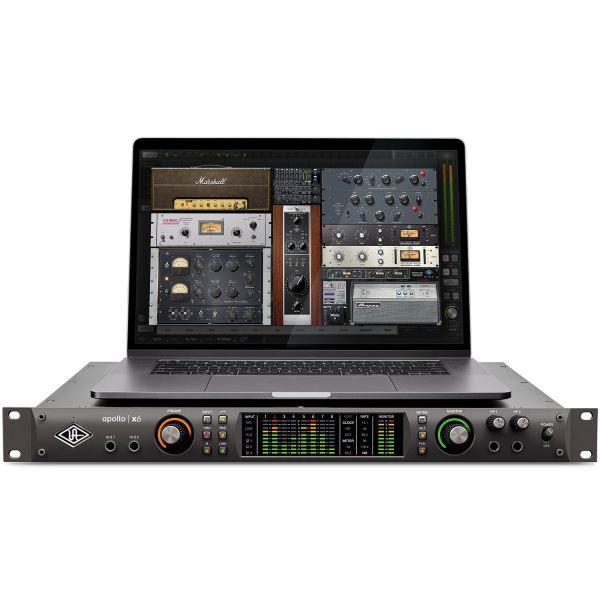 Please fill out the form below and a Vintage King Audio Consultant will contact you with a ship date for the Universal Audio Apollo x6 Heritage Edition with 2 UAD Plug-ins.

Have a better price in mind for the Universal Audio Apollo x6 Heritage Edition with 2 UAD Plug-ins that you've been checking out? We're willing to work on it!Please fill out the form below with your contact information.Once the form is submitted, a Vintage King Audio Consultant will contact you as soon as possible with our best price on this product.