Vintage King Marketplace Special Access
Your Resource for Exclusive
Pricing on the Best in Pro Audio You are logged in and shopping with special discount pricing
May Savings New Deals Drop Daily!
Best Seller 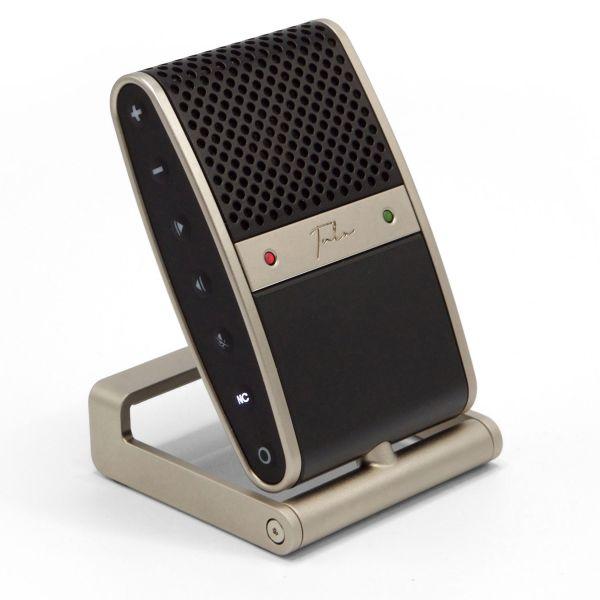 The Tula Mic provides everything you need to intuitively capture and record high-quality sound no matter what you’re doing - posting a podcast, producing digital content, or just attending work meetings from home. The Tula comes equipped with noise cancellation, plus the mic doubles as a mobile recorder. The Tula doesn’t just have great features, the mic’s design is unmatched — a true combination of modern and nostalgic aesthetic. Not only will you capture high-quality audio always, you’ll look great while doing it.

The Tula Mic will allow you to effortlessly capture great audio. Whether you’re a content creator, a work-from-home professional or just somebody who appreciates good sound in Zoom meetings and Skype calls, the Tula could be just what you’re looking for. It’s a high quality USB mic (and so much more).

The Freedom of Mobile Recording

Imagine your own little recording studio in your pocket. The Tula makes that a reality. With its own internal battery and memory, the Tula Mic can give you up to 12 hours of continuous recording in high quality 16-bit/48 kHz wav format.

Noisy Room? Not a Problem

Not everyone has the luxury of always using a microphone in a silent environment. We teamed up with a well-known Swedish music software company to create an embedded version of their noise-reduction algorithm. With just the touch of a button, you can get rid of unwanted background noise such as fans, air conditioners or even traffic.

Modern with a Hint of Nostalgia

The Tula was designed in conjunction with Red Dot Award-winning industrial designers in Barcelona. It’s a thoroughly modern device featuring cutting-edge audio technology and yet its soft curves and solid build quality reference a bygone era.

Made by Audio Professionals

The folks behind the Tula Mic are no strangers to the world of audio. Founder David Brown is the co-owner of Soyuz Microphones, one of the most well respected high-end microphone brands on the planet. Soyuz is the audio choice of the likes of Coldplay, Radiohead and many more. Plus Tula’s firmware, electronic and mechanical engineers have worked on the iconic OP-Z synthesizer from Teenage Engineering.

The Tula Mic features Burr Brown op amps, TI audio codecs and high performance ECMs. It has both uni and omni-directional capsules and its 3.5mm headphone jack doubles as an input for a lavalier microphone. Yet, the priority has always been to keep the Tula so frictionless and user friendly that even a child could use it.

Please fill out the form below and a Vintage King Audio Consultant will contact you with a ship date for the Tula Microphone USB Microphone and Mobile Recorder - Black (Demo Deal).

Have a better price in mind for the Tula Microphone USB Microphone and Mobile Recorder - Black (Demo Deal) that you've been checking out? We're willing to work on it!Please fill out the form below with your contact information.Once the form is submitted, a Vintage King Audio Consultant will contact you as soon as possible with our best price on this product.