$ 790 .00
No interest if paid in full within 12 months Learn more
In Stock
Item is in stock and will ship the next business day. Place your order before 4:00pm ET Mon-Fri and we will ship your items the same day. 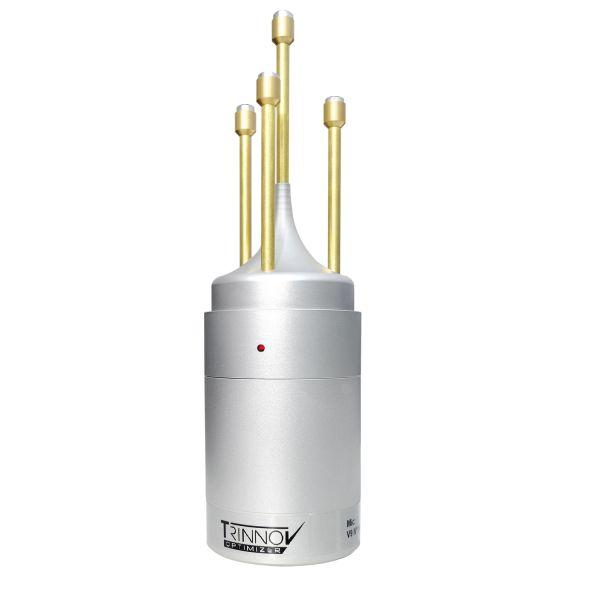 The Trinnov 3D Measurement Microphone is one of the most critical components of any loudspeaker/room calibration system. Trinnov’s sophisticated algorithms rely not only on extremely accurate acoustic measurements but also on the ability to localize the speakers’ positions and to detect early reflections.

The 3D microphone uses four mic elements in a precise tetrahedral arrangement. Each capsule is individually calibrated at the factory (±0.1 dB from 20 Hz to 24 kHz). The resulting microphone calibration file is included in the microphone’s box on a USB stick. This file is installed in the Trinnov product being employed and all subsequent measurements are filtered through the calibration coefficients to ensure accuracy.

As each speaker is measured, the resulting sound waves pass through this array of microphones, hitting each one at a slightly different time. Based on this timing, it triangulates the location of the speaker from which the sound arrived. By testing each speaker in turn, Trinnov build a three-dimensional map of where the speakers are relative to the mic (which is placed at the main listening position).

This can be done within 2° of azimuth, 2° of elevation, and less than 1 cm of distance. Trinnov use this information to enable proprietary Remapping technology, in which they translate from the theoretical rendering of the soundtrack to the specifics of your particular room. Remapping uses the two or three speakers closest to the intended location of a sound to create a phantom image of the sound coming from the correct direction.

Among other things, Remapping serves as a bit of a “Universal Translator” between the various audio formats. This is especially important in home cinemas since all three Immersive Audio formats disagree about the specific details of where you should place your speakers. We can solve that problem for you.

So precise, one of a kind and only..

Works perfectly with my Trinnov processor.
Salesman was helpful.
Thanks

Excellent complement for the Trinnov.

Essential piece of an essential system- (unless you spent $300,000+ building your control room- and if so- f_ck off).

Got the job done!!

Please fill out the form below and a Vintage King Audio Consultant will contact you with a ship date for the Trinnov 3D Measurement Microphone.

Have a better price in mind for the Trinnov 3D Measurement Microphone that you've been checking out? We're willing to work on it!Please fill out the form below with your contact information.Once the form is submitted, a Vintage King Audio Consultant will contact you as soon as possible with our best price on this product.