Vintage King Marketplace Special Access
Your Resource for Exclusive
Pricing on the Best in Pro Audio You are logged in and shopping with special discount pricing
September Savings | New Ways To Save For Fall 2021
$ 25,000 .00
or $560/month for 60 months Based on 60 monthly payments of $560 on approved credit (OAC). Learn more about leasing
Contact us for est. ship date
Call, chat or email for lead time.

Shop All Trident
Skip to the end of the images gallery 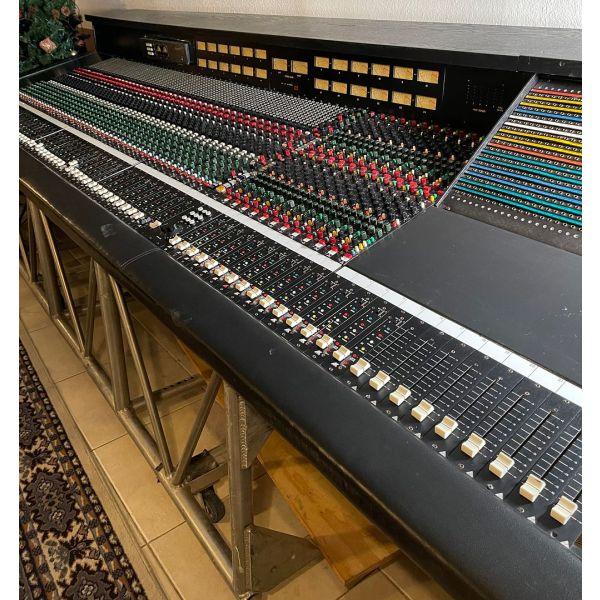 One of the pillars of the ‘British sound’ of the early 1970s was Trident Studios in London. Filled with brilliant engineers and cutting-edge gear, it was to go-to place for many of the top bands of the day. Starting with the Beatles, who relished the ability to record in 8 tracks (when Abbey Road still only had 4 track), a steady stream of rock stars came through the door. David Bowie in his Aladdin Sane/Hunky Dory/Space Oddity period; Queen and their first few albums; Jeff Beck, Supertramp, James Taylor and many more.

Wanting to remain at the forefront of technology, Trident studios looked in vain for a manufacturer to make them a custom console. But why ask someone to do something when you can do it for yourself? And thus Malcolm Toft and Barry Porter, the in-house engineers of Trident, came up with their own console, dubbed the ‘A Range’. Only a baker’s dozen of these legendary consoles were made. As the years went by, Trident continually innovated with a long line of new console designs, including the famous 80 Series, which debuted in 1980 shortly before the original Trident closed its doors. Following on the heels of this successful console was the model 80B and 80C in 1983, a classic 'split design' console set up in a standard configuration of 32 x 24 x 24 with 5 aux per channel.

The 80C remains in favor with engineers the world over for its signature sound. In fact, the sound of the mic pre/EQs on the 80B and 80C were so good, Trident still makes them available as a stand-alone unit that gives you a pair of these channel strips in a rack mount configuration. But why settle for a racked pair when you can have the original 80C, a console that gives you a lot of British bang for the buck.

Please fill out the form below and a Vintage King Audio Consultant will contact you with a ship date for the Trident 80C #002 (Used).

Have a better price in mind for the Trident 80C #002 (Used) that you've been checking out? We're willing to work on it!Please fill out the form below with your contact information.Once the form is submitted, a Vintage King Audio Consultant will contact you as soon as possible with our best price on this product.