$ 1,389 .99
Your Savings: $ 110 .00 Msrp: $ 1,499 .99
or $58/month for 24 months 0% interest for 24 months. 24 equal monthly payments required. Learn more
Ships directly from Triad-Orbit
Note: This item may not be returnable or could require a restocking fee. Contact one of our Audio Consultants for more details. This item ships directly to you from the manufacturer. To ensure that the manufacturer currently has stock, please chat, call or email for the latest availability status. 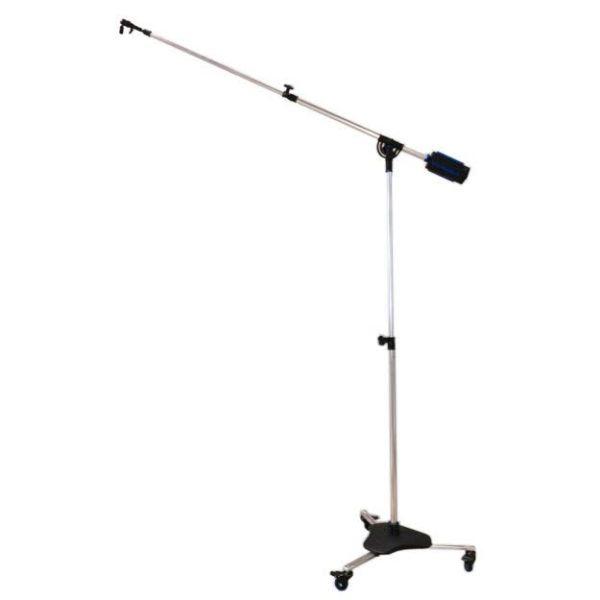 Those versed in the golden age of audio recording know George Starbird’s legendary Model No.180 studio boom stand has earned a place alongside the most revered vintage analog microphones, consoles and outboard gear of the era.

Starbird started Meletron Corporation in Los Angeles in 1939 to manufacture radio parts. He designed the Model 180 studio boom stand for large broadcast environments in the 1940s and recording studios soon discovered its unrivaled reach, range of motion and stability and adopted it as the large mic stand of choice.

Meletron turned its focus to manufacturing pressure sensitive mechanical switches for the lucrative aeronautics, military and industrial markets in the early 1950s and ceased operations in 1970.

Manley Laboratories, Inc., celebrated maker of professional studio and hifi audio equipment, purchased the tooling and trademark for the Model 180 in 1991 and produced an updated version of the Starbird in their California facility until 2010.

Please fill out the form below and a Vintage King Audio Consultant will contact you with a ship date for the Triad-Orbit Starbird SB-1 Studio Boom Microphone Stand.

Have a better price in mind for the Triad-Orbit Starbird SB-1 Studio Boom Microphone Stand that you've been checking out? We're willing to work on it!Please fill out the form below with your contact information.Once the form is submitted, a Vintage King Audio Consultant will contact you as soon as possible with our best price on this product.