$ 2,589 .00
No interest if paid in full within 12 months Learn more
PayPal Credit, Express Checkout and Pay in 4 available.
Ships directly from Schoeps Mikrofone
Note: This item may not be returnable or could require a restocking fee. Contact one of our Audio Consultants for more details. This item ships directly to you from the manufacturer. To ensure that the manufacturer currently has stock, please chat, call or email for the latest availability status. 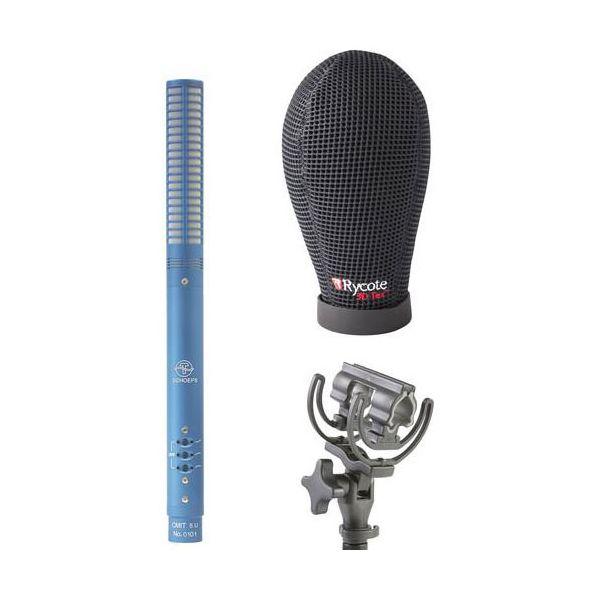 The Super-Softie® is a completely new approach to the slip-on windshield. Unlike conventional slip-on fur windshields, the Super-Softie® sports a unique aerodynamic shape with specially designed 3D-Tex® material. This introduces a new level of wind performance reduction with unparalleled durability, ease of maintenance and long-term reliability.

The shape & structure of the Super-Softie® improves upon standard slip-on windshield designs with an entirely new shape and structure. Superb wind attenuation performance along with improved attenuation with extreme low-frequencies and infrasonic frequencies protects captured audio where wind noise is at its greatest.

Please fill out the form below and a Vintage King Audio Consultant will contact you with a ship date for the Schoeps CMIT SSFT Shotgun Microphone Set.

Have a better price in mind for the Schoeps CMIT SSFT Shotgun Microphone Set that you've been checking out? We're willing to work on it!Please fill out the form below with your contact information.Once the form is submitted, a Vintage King Audio Consultant will contact you as soon as possible with our best price on this product.