$ 2,569 .00
No interest if paid in full within 12 months Learn more
PayPal Credit, Express Checkout and Pay in 4 available.
Ships directly from Schoeps Mikrofone
Note: This item may not be returnable or could require a restocking fee. Contact one of our Audio Consultants for more details. This item ships directly to you from the manufacturer. To ensure that the manufacturer currently has stock, please chat, call or email for the latest availability status. 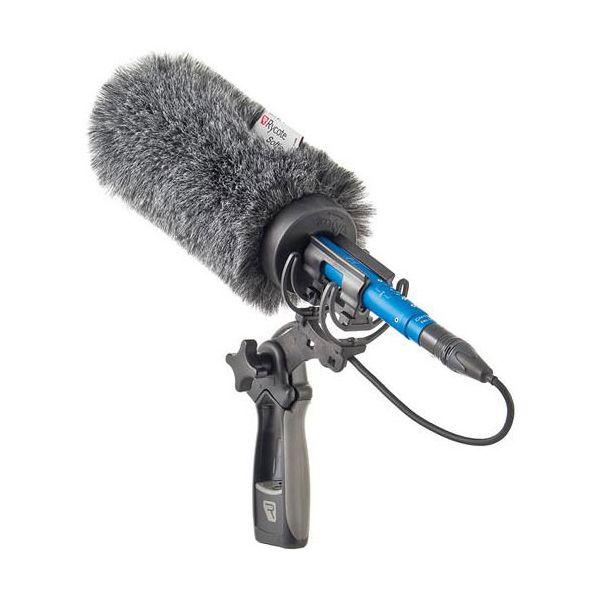 The genuine Classic-Softie sets the standard for slip-on wind protection. Advanced materials, adhesives and assembly techniques all combine to make the Softie an extremely tough product that provides excellent wind protection to withstand the harshest environments.

Specially designed acoustic foam and synthetic fur achieve up to 25 dB of wind-noise reduction without any adverse effect on high frequencies. While protecting the mic, the specialty foam is impervious to UV and moisture damage making this a trusted tool for years of effective use in the harshest environments.

All Rycote InVision microphone suspensions for camera mounting utilize the Duo-Lyre shock mount. Also available on the INV-7 HG Mk III stand and boom pole mounting, the Duo-Lyre is designed to hold the microphone towards the back while supporting the majority of the weight at the front to accommodate slip-on wind protection such as the Classic-Softie, Super Softie, and BBG Windshields.

Please fill out the form below and a Vintage King Audio Consultant will contact you with a ship date for the Schoeps CMIT Softie Shotgun Microphone Set.

Have a better price in mind for the Schoeps CMIT Softie Shotgun Microphone Set that you've been checking out? We're willing to work on it!Please fill out the form below with your contact information.Once the form is submitted, a Vintage King Audio Consultant will contact you as soon as possible with our best price on this product.