$ 3,029 .00
No interest if paid in full within 12 months Learn more
PayPal Credit, Express Checkout and Pay in 4 available.
Ships directly from Schoeps Mikrofone
Note: This item may not be returnable or could require a restocking fee. Contact one of our Audio Consultants for more details. This item ships directly to you from the manufacturer. To ensure that the manufacturer currently has stock, please chat, call or email for the latest availability status. 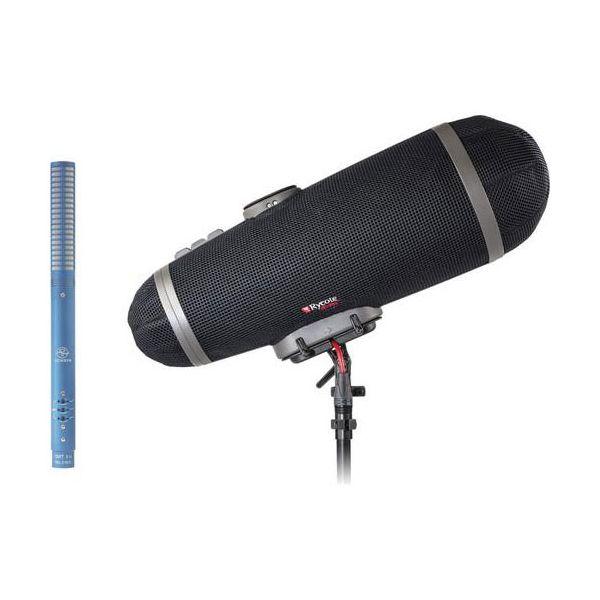 Introducing the all-new Cyclone product range, featuring next-generation wind and handling noise isolation for discerning audio professionals. All Cyclone models are now covered in our new, more advanced 3D-Tex® for even better performance. This durable windshield system possesses outstanding, consistent performance while being easy to maintain as it does not use fur. The Cyclone is truly evolutionary, and now it has been taken it a step further.

Rycote uses its industry-leading Lyre® microphone suspension to reduce the bulk of shock and handling noise, but they have taken shock and handling isolation within the Cyclone design to a new level with the exclusive, Floating Basket Suspension.

Any structure can transmit mechanical vibrations and radiate them as acoustic noise. Moreover, natural resonances, dependent on materials and mass, will amplify certain frequencies and give this a characteristic spectrum. Windshield baskets are no exception, so a small proportion of handling noise links to the microphone through the air, bypassing any immediate suspension system.

The Cyclone takes the Lyre principle and incorporates it into the Floating Basket Suspension. This innovative technique provides vibration isolation between basket and pole, thus attenuating handling noise at source. Each Cyclone size is equipped with a unique basket suspension designed to maximize vibration isolation based upon the combined weight of the basket and specified microphones.

Please fill out the form below and a Vintage King Audio Consultant will contact you with a ship date for the Schoeps CMIT CWS Shotgun Microphone Set.

Have a better price in mind for the Schoeps CMIT CWS Shotgun Microphone Set that you've been checking out? We're willing to work on it!Please fill out the form below with your contact information.Once the form is submitted, a Vintage King Audio Consultant will contact you as soon as possible with our best price on this product.