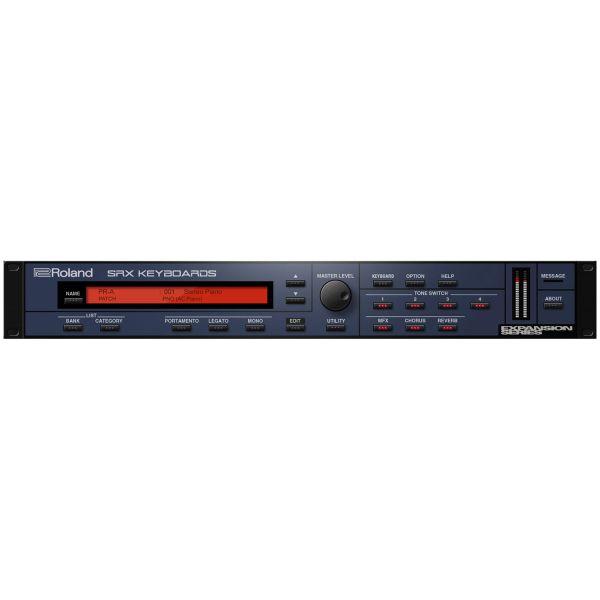 Inspired by the Ultimate Keys title in the legacy SRX wave expansion board series, Roland SRX KEYBOARDS brings a compilation of the most popular Roland keyboard sounds from the ‘90s into a single plug-in. Nearly 400 ready-to-play patches include acoustic and electric pianos, synths, organs, guitars, woodwinds, and more. For musicians who owned the original boards, SRX KEYBOARDS will feel like a long-lost friend. And new and old users alike will find an organized selection of time-tested sounds, primed to tackle any musical style.

Please fill out the form below and a Vintage King Audio Consultant will contact you with a ship date for the Roland SRX KEYBOARDS Software Synthesizer - Electronic Delivery.

Have a better price in mind for the Roland SRX KEYBOARDS Software Synthesizer - Electronic Delivery that you've been checking out? We're willing to work on it!Please fill out the form below with your contact information.Once the form is submitted, a Vintage King Audio Consultant will contact you as soon as possible with our best price on this product.