$ 129 .00
No interest if paid in full within 12 months Learn more
PayPal Credit, Express Checkout and Pay in 4 available.
In Stock - Fastest eDelivery 24/7!
This product is delivered by download. Once your order is complete, you will receive a license code via email within minutes. Note: Software is not returnable, so please call if you need advice about compatibility or version.

Lifetime key for the JV-1080 software synthesizer featuring over 1000 total waveforms, including the original 448, and 78 MFX types with additional reverb and chorus algorithms
MFR# 1322-1036
Shop All Roland
Skip to the end of the images gallery 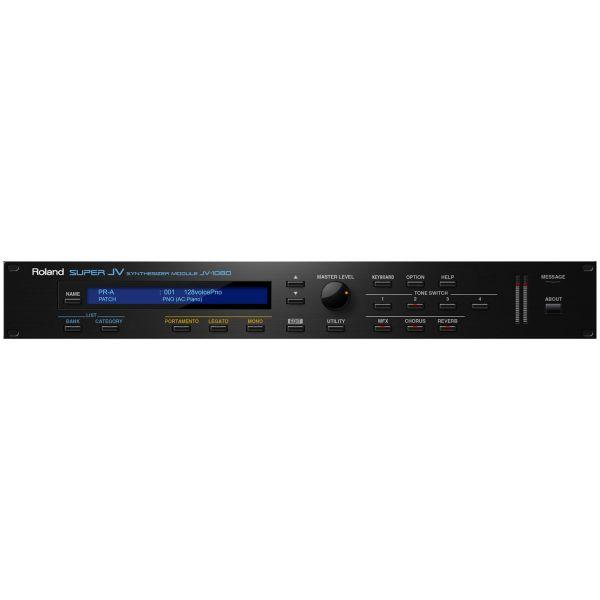 The Roland JV-1080 soft synthesizer is a plug-in emulation of Roland's JV-1080 digital synth. Released in 1994 and packed with iconic strings, evocative ethnic instruments, and many more sounds, the JV-1080 is both a ‘90s icon and a powerful contemporary synthesizer.

By the early ‘90s, digital synthesizers had completely taken over the market, and rack units had become popular in studios and on stages alike. Thanks to advancements in digital technology, Roland began to pack a seemingly impossible amount of sounds into a single unit. And by utilizing optional PCM sound cards, users could expand their units with specialized sound sets.

Throughout the ‘90s, the JV-1080 helped fuel the sounds of R&B, pop, hip hop, and rock, and was regularly heard in film and TV scores. Originally designed to mimic acoustic instruments, many of these sounds became so widespread they’re now part of our collective musical vocabulary. Some say it’s the most recorded sound module in history, and modern artists are still utilizing these sounds in new and creative ways.

The JV-1080 Software Synthesizer has the look, feel, and factory patches of the original, along with expanded effects, additional waveforms, and increased polyphony.

Please fill out the form below and a Vintage King Audio Consultant will contact you with a ship date for the Roland JV-1080 Software Synthesizer - Electronic Delivery.

Have a better price in mind for the Roland JV-1080 Software Synthesizer - Electronic Delivery that you've been checking out? We're willing to work on it!Please fill out the form below with your contact information.Once the form is submitted, a Vintage King Audio Consultant will contact you as soon as possible with our best price on this product.