$ 4,215 .00
Your Savings: $ 184 .00 Msrp: $ 4,399 .00
No interest if paid in full within 12 months Learn more
Ships directly from Lynx Studio Technology
Note: This item may not be returnable or could require a restocking fee. Contact one of our Audio Consultants for more details. This item ships directly to you from the manufacturer. To ensure that the manufacturer currently has stock, please chat, call or email for the latest availability status. 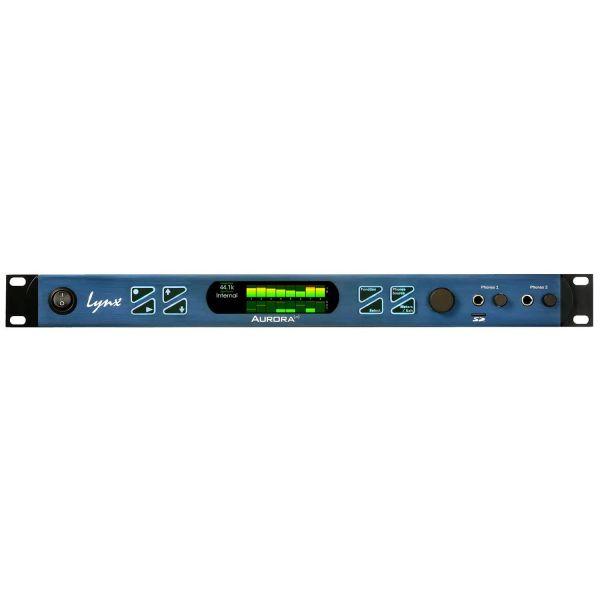 The U.S. made Lynx Studio Technology Aurora(n) line represents a quantum leap in the performance, flexibility, channel count and features of available A/D and D/A converters — and in value. The new 1RU modular platform, a complete redesign of the original Aurora, is available in versions supporting from 8 to 32 inputs, and with USB, Pro Tools|HD and HDX, Thunderbolt and Dante connectivity options.

Lynx has designed its new 192 kHz/24-bit Aurora(n) converters to be future-proof. Digital audio gear can be a significant investment for any owner, but with Aurora(n) you aren’t locked into a fixed configuration. The combination of FPGA chip technology, modular design and Lynx’s new L-Slot expansion cards allow you to stay current with firmware updates and to reconfigure your system as your needs evolve, maximizing your return on investment.

But above all, there’s the performance. Borrowing Hilo Converter Technology (HTC) from the company’s mastering-quality, reference grade Hilo converter unit and combining it with FPGA circuitry, Lynx has achieved major improvements in transparency, imaging and detail. Every channel’s analog signal path is self-contained and shielded, and each channel pair has its own dedicated conversion device, significantly reducing crosstalk and distortion while increasing dynamic range and performance, with no coloration or artifacts. Lynx’s all-new SynchroLock-2 second-generation sample clock technology ensures absolute accuracy with minimal jitter.

Lynx has launched the Aurora(n) line with a choice of three modules — digital (AES3+DAT), mic preamp and analog summing — with additional options planned. The future-proof design allows you to start with eight, 16 or 24 channels and later add I/O in groups of eight. And if you decide to change your recording platform (Lynx supports OSX and Windows) or add networking, you can always swap out the LSlot card for a different connectivity choice.

To match the performance of these new converters, Lynx has also incorporated two audiophile-quality headphone outputs, each with independent level controls. Uniquely, all Aurora(n) units include an onboard Micro SD player/recorder that provides up to 32 channels of direct recording and playback. The front panel TFT LCD displays levels and functions, and supports future upgrades.

Please fill out the form below and a Vintage King Audio Consultant will contact you with a ship date for the Lynx Studio Technology Aurora (n) 16 DNT.

Have a better price in mind for the Lynx Studio Technology Aurora (n) 16 DNT that you've been checking out? We're willing to work on it!Please fill out the form below with your contact information.Once the form is submitted, a Vintage King Audio Consultant will contact you as soon as possible with our best price on this product.