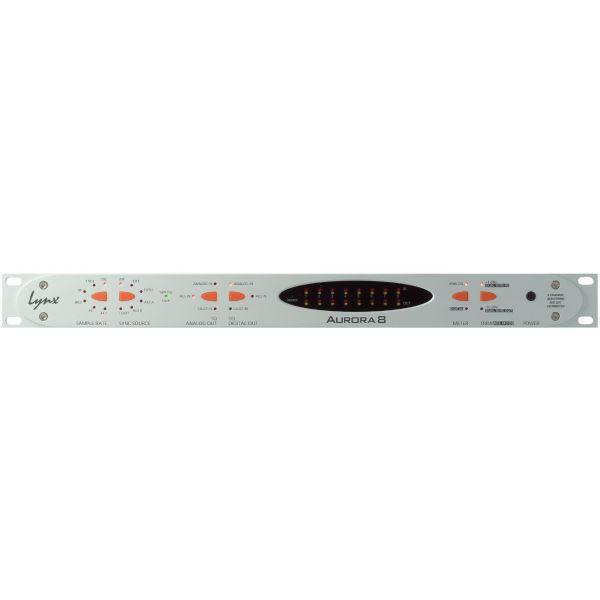 Aurora 16 and Aurora 8 are 16 and 8-channel 24 bit/192 kHz analog-to-digital/digital-to-analog converters in a single-space rack-mount case. Representing Lynx Studio Technology’s first rack-mount product, Aurora was developed using the next generation of Lynx acclaimed conversion technology and rock-solid digital interface circuitry. Both units are identical in features and specifications except for the number of I/O channels.

Please fill out the form below and a Vintage King Audio Consultant will contact you with a ship date for the Lynx Studio Technology Aurora 8-HD.

Have a better price in mind for the Lynx Studio Technology Aurora 8-HD that you've been checking out? We're willing to work on it!Please fill out the form below with your contact information.Once the form is submitted, a Vintage King Audio Consultant will contact you as soon as possible with our best price on this product.