$ 399 .00
No interest if paid in full within 12 months Learn more
More On Order
This product is in high demand and we are shipping as many orders as we can. Place your order today to be included in the earliest possible shipment. Order now and we'll ship when in stock from one of our three fulfillment centers. 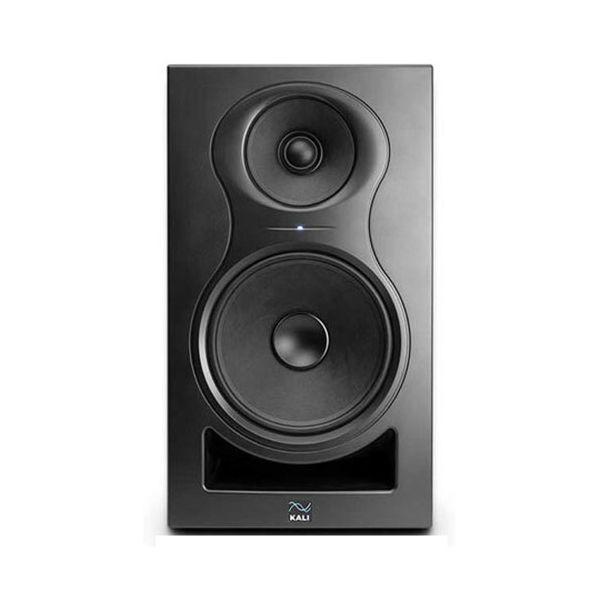 The Kali Audio IN-8 V2 is unlike anything you’ve ever heard. The three-way design lets both the woofer and the tweeter do less work, resulting in better headroom and lower distortion across the frequency spectrum. At the same time, the coaxial architecture of the midrange and tweeter result in hyper-realistic imaging. This means that you’ll be able to hear subtle details in your mix with pinpoint precision.

The design of the system comes together to allow the IN-Series monitors to act as acoustic point sources. They enjoy all the benefits of both traditional 3-way systems and traditional coaxial speakers, with none of the drawbacks traditionally associated with either. All of this make the IN-8 extremely accurate and easy to mix on. You’ll be able to work faster and with more confidence, and your mixes are going to translate to other systems with less work.

The 2nd Wave (V2) IN-8 features the latest technology developed by Kali including:

The single most important aspect of a studio monitor is its accuracy. A good studio monitor should present the material it’s playing faithfully, allowing you to make critical decisions that you know will translate to all the systems that your work will ultimately be played on.

Not only do the IN-Series monitors accomplish this, but their coincident architecture allow them to be more accurate than other speakers in a wider variety of challenging acoustic environments.

Because of the IN-Series' coincident architecture, you may notice a dip between 8 - 10 kHz when measuring with a single stationary microphone. The dip is an on-axis diffraction artifact of the midrange baffle interface. It is evident in on-axis measurements, but not in total sound power. Perception of timbre should be neutral in most rooms. It is not recommended to apply room-correction EQs to the INs based on single point static measurements.

Taking up the space in between in the hero of the IN-Series: the 4-inch, profile-optimized midrange driver. This driver has a lot of work to do. In addition to reproducing midrange frequencies, it also acts as the waveguide for the tweeter. This means that the shape needed to be precisely engineered to provide an ideal dispersion characteristic for the tweeter.

It also means that the midrange needs to stay still. In many other co-axial or concentric systems, high excursion from the larger driver causes intermodulation distortion and degrades the accuracy of the system. The midrange on the IN-Series is limited to less than 1 millimeter peak-to-peak excursion, making it acoustically stationary while still providing midrange to keep up with the powerful woofer and tweeter.

Please fill out the form below and a Vintage King Audio Consultant will contact you with a ship date for the Kali Audio IN-8 V2 8" 3-Way Powered Studio Monitor - Single.

Have a better price in mind for the Kali Audio IN-8 V2 8" 3-Way Powered Studio Monitor - Single that you've been checking out? We're willing to work on it!Please fill out the form below with your contact information.Once the form is submitted, a Vintage King Audio Consultant will contact you as soon as possible with our best price on this product.