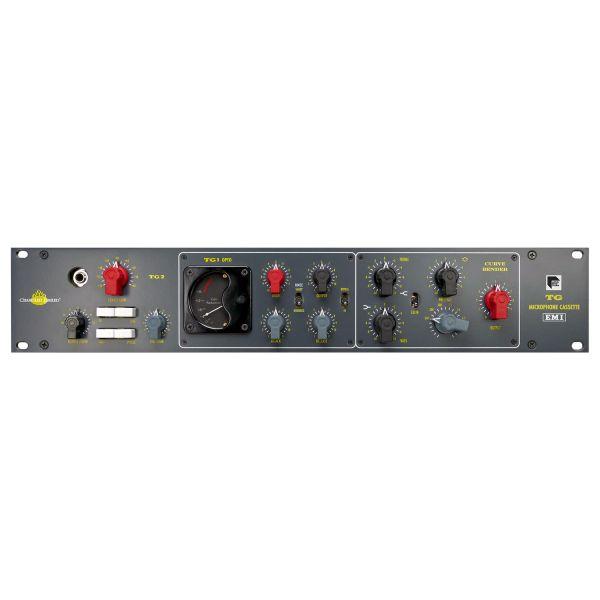 A Historic Change At Abbey Road

Chandler Limited’s celebrated relationship with EMI/Abbey Road Studios has yielded a plethora of faithful gear recreations, including the new Chandler Limited TG Microphone Cassette. In 1968, Abbey Road changed from valve-driven REDD consoles to the transistor-based TG12345, which meant a massive change in sound. This new era at Abbey Road was signaled by the creation of timeless records including The Beatles’ Abbey Road, Pink Floyd’s Dark Side of the Moon and Wish You Were Here, John Lennon’s Plastic Ono Band and George Harrison’s All Things Must Pass.

Sonic Blast From The Past

For the first time ever, Chandler Limited has recreated a channel strip from this legendary TG12345 console and incorporated different elements from its reign at Abbey Road during the late 60s and 70s. The TG Microphone Cassette is a full-featured mixing console channel strip which incorporates the timeless punch of The Beatles and Pink Floyd, thanks to expanded EQ and compressor/limiter (a new option in 1968).

As master designer Wade Goeke has been apt to do with all of his Chandler Limited creations, the TG Microphone Cassette encompasses the design of classic Abbey Road gear and efficient modern amenities. This 19-inch rackmount unit combines the brand’s historic EMI/Abbey Road Studios series - TG1 Opto Limiter, TG2 Pre Amp/DI and TG12345 Curve Bender EQ, all in one. This is the first time since 1983 (when the desks ceased to be built), that all of the elements of the TG12345 console have been offered together in one concise package.

Gives a Vintage Vibe to anything. Sounds wonderful and exceeds expectations.

This cassette is amazing. It is harmonically richer than a 1073. It is a very mid-focused preamp that offers a great flavor. The compressor is punchy and may be used on many sources effectively (electric guitar amps, drums, and vocals). The simplified curve bender EQ section is a wonderful tool and fool-proof. The EQ makes dialing in a great electric guitar tone a breeze.

Please fill out the form below and a Vintage King Audio Consultant will contact you with a ship date for the Chandler Limited TG Microphone Cassette.

Have a better price in mind for the Chandler Limited TG Microphone Cassette that you've been checking out? We're willing to work on it!Please fill out the form below with your contact information.Once the form is submitted, a Vintage King Audio Consultant will contact you as soon as possible with our best price on this product.