$ 6,450 .00
or $269/month for 24 months 0% interest for 24 months. 24 equal monthly payments required. Learn more
PayPal Credit, Express Checkout and Pay in 4 available.
Ships directly from Chandler Limited
Note: This item may not be returnable or could require a restocking fee. Contact one of our Audio Consultants for more details. This item ships directly to you from the manufacturer. To ensure that the manufacturer currently has stock, please chat, call or email for the latest availability status.

Not one, but three historic Abbey Road RS124s compressors in a single complete unit - matched pair of mastering version with stepped Input/Output modification
MFR# RS124 COMPRESSOR MATCHED PAIR
Shop All Chandler Limited
Skip to the end of the images gallery 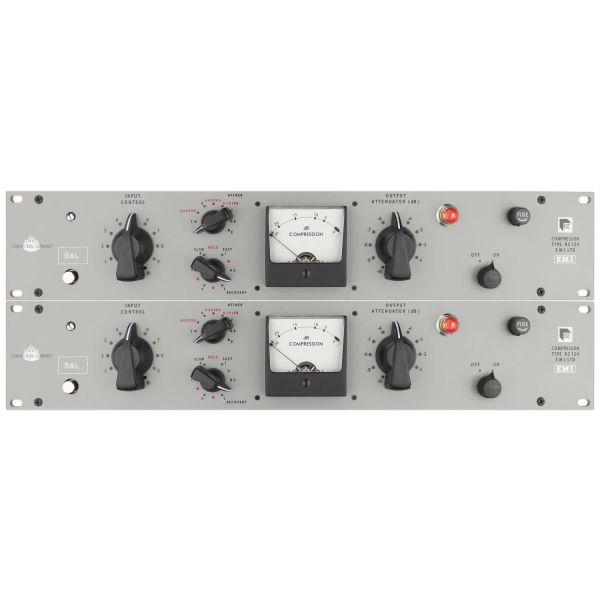 Bring home the sound of a legend, re-imagined for the modern era, today.

Please fill out the form below and a Vintage King Audio Consultant will contact you with a ship date for the Chandler Limited RS124 Compressor - Mastering, Matched Pair.

Have a better price in mind for the Chandler Limited RS124 Compressor - Mastering, Matched Pair that you've been checking out? We're willing to work on it!Please fill out the form below with your contact information.Once the form is submitted, a Vintage King Audio Consultant will contact you as soon as possible with our best price on this product.