$ 2,099 .00
or $88/month for 24 months 0% interest for 24 months. 24 equal monthly payments required. Learn more
Ships directly from Burl Audio
Note: This item may not be returnable or could require a restocking fee. Contact one of our Audio Consultants for more details. This item ships directly to you from the manufacturer. To ensure that the manufacturer currently has stock, please chat, call or email for the latest availability status. 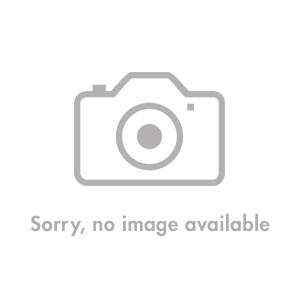 They weren't kidding when they called it the B80 Mothership. When loaded up, this beauty delivers up to 80 channels of AD/DA. Its radical modular all Class A, all-discrete (no plastic here!) design gives you custom transformers on each and every single input. We know, you hear "transformer" and think color, but let these transformers show you what they can do. These are extraordinarily linear and transparent, high-headroom transformers. BUT, they let you keep one trick up your sleeves. You can push these transformers hard, truly dialing in a sweet spot on each and every channel. They're not colored, until you want them to be, and that's a beautiful thing. As you'd expect with a piece of Burl gear, each and every component has been selected for its ultimate sonic quality, from the input transformer to the custom op-amps on every output. If you've ever heard one of these or the two-channel unit in action, you know there's no going back. Indeed, the Burl B80 Mothership might be your next obsession.

We'll say it again here. If you've already heard the two-channel version or had the chance to get your hands on a fully loaded B80 Mothership and hear what she can do, then you're already convinced. There's no putting into words the unique spin the B80 Mothership puts on conversion. Yes, if you want pristine, transparent, gorgeous AD/DA, all that realism is yours, thanks to the B80 Mothership's extremely linear, ultra-high-headroom input transformers. But, knowing that there's always room for musicality, the AD/DA's transformers do colorful beautifully, too, if you push them. We can truly say this AD/DA has a per-channel sweet spot, and it's something you never knew you were missing until you take the B80 Mothership for a spin.

Everything Burl does is to the sonic max, so we thought it worth pointing out that the B80 Mothership is to the physical max, too. Owing to Burl's premium design aesthetic, the Burl B80 Mothership is ruggedly constructed and weighs in around 60 lbs. when fully loaded for your big-time conversion needs. We share it to say, there is nothing wimpy about these converters. Some would say they're as good as it gets.

If we had to sum up Burl's approach to crafting gear, it'd be a non-stop relentless quest to bring back the soul and vibe of old-school recording for all of us in the digital age. Better sound is always the goal. No corners cut, no matter what. Top of the line, every component. These guys take cutting-edge technical knowledge and blend it with common sense and golden ears to make some of the most sonically rich, useful, and game-changing gear musicians and engineers have seen in a long, long time. Are they driven? You bet.

This is hands down the best upgrade Ive ever made to my studio. The quality of my recordings since adding the Mothership has gone from above average to full blown professional. Each time I record something through the Burls Im just as impressed as the first time I hooked it up. The top end clarity if unlike anything Ive heard before, and everything seems to have a much fuller low end. Drums, acoustic instruments, bass and vocals sound incredible right at the tracking stage, all of my old clients have noticed a huge improvement on their recent recordings. The ability to upgrade as I build up my studio was a huge selling point too, although the Burl is pretty expensive to fill out the system, its not that bad when adding one or two modules at a time.

Please fill out the form below and a Vintage King Audio Consultant will contact you with a ship date for the BURL Audio B80 Mothership BMB2 - MADI.

Have a better price in mind for the BURL Audio B80 Mothership BMB2 - MADI that you've been checking out? We're willing to work on it!Please fill out the form below with your contact information.Once the form is submitted, a Vintage King Audio Consultant will contact you as soon as possible with our best price on this product.