When Universal Audio announced the Apollo Heritage Edition audio interfaces back in 2020, people were thrilled to be able to bundle the popular audio interfaces with packages of five or 10 of UAD’s best-selling plug-ins. However, some folks have been asking for a return of the original interfaces, without the additional plug-in bundles.

Don’t worry, if this is your first UA interface, the Apollo X6, X8 and X8p still include UA’s “Realtime Analog Classics Plus” package of plug-ins, which is listed below. Plus, you can always purchase additional licenses to add to your account. And if you’re already an Apollo user, the non-Heritage Edition Apollo X series interfaces are a great way to save some money when growing your studio

Whether you’re launching into your first sonic journey with an Apollo interface or picking up a second (or third!) interface to complete your studio set-up, the Apollo X Series offers everything you need to produce studio-quality projects with ease. 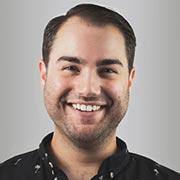 If you are interested in purchasing a Universal Audio Apollo X Series interface or have questions about this new option, we're here to help! Please contact a Vintage King Audio Consultant via email or by phone at 866.644.0160.