Behind The Scores Of Star Wars 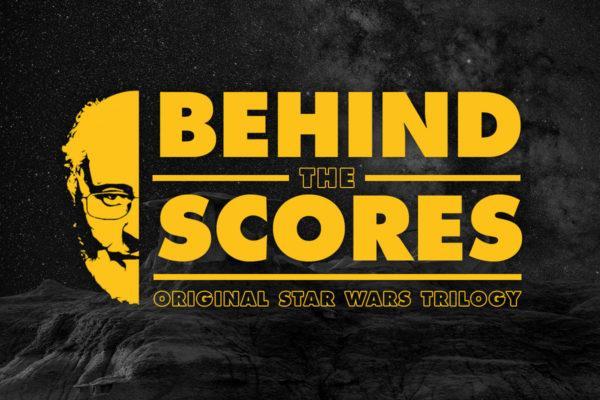 When
A New Hope was released in theaters in 1977, its impact quickly became the stuff of pop culture history. Of all the aspects of Star Wars which now feel ubiquitous, the bold opening trumpet fanfare of John Williams’ theme is among the franchise’s most iconic callbacks. Even as Star Wars has branched out with new composers and new stories, the music has remained an integral part of the franchise’s identity.

George Lucas first heard the name "John Williams" from his buddy Stephen Speilberg. Williams had just completed the score for Speilberg’s film Jaws, which of course became a huge hit. Williams would go on to both compose and conduct the orchestra for all nine of the Star Wars saga films—a forty-year journey.

To celebrate Star Wars Day, we’re taking a look back at the music of Star Wars—specifically, the original trilogy. Read on to learn more about how these iconic scores were recorded and the impact they’ve had on both the series and our culture. May the force be with you!

The soundtrack for A New Hope remains the best-selling symphonic album of all time. One reason the recording is so immaculate is that you’re hearing the world-renowned London Symphony Orchestra. The 88 minutes of music needed for the film was recorded at Anvil Studios in Denham, England. Anvil was housed in the remnants of the Denham Studio, a film studio built in the 1930s. Although Denham was past its prime as a filming location, Anvil claimed to be the most technologically advanced in all of Europe by the dawn of 1970. Anvil boasted a custom 24-input Neve console to boot.

The score for Episode IV was recorded over eight sessions between March 5th and 16th, 1977. For a sense of how tight the timeline was, Episode IV’s theatrical release was May 25, 1977. So the scheduling for each session was strict. Williams would run each cue as needed, but no cue required more than ten runs, and no cue was ever re-visited on a subsequent day. Yet many cues were later edited into amalgams of separate takes. The main title, in particular, consists of the third, fourth and fifth (and final) takes.

The only piece of music for A New Hope which was not performed by the London Symphony Orchestra was, unsurprisingly, the beloved and infamous “Cantina Band,” which is also called “Mad About Me” within Star Wars canon. Lucas wanted the song to mimic 1930s swing jazz, reportedly telling Williams, “Can you imagine several creatures in a future century finding some 1930s Benny Goodman swing band music in a time capsule or under a rock someplace—and how they might attempt to interpret it?"

Williams brought in nine jazz musicians to record the song, including two saxophonists, a trumpet player, a clarinetist and plenty of percussionists. A Caribbean steel drum and a Fender Rhodes are used on the track, with an ARP synthesizer supplying the bass. To make the music sound especially alien, the track went through heavier production choices than the rest of the score: the track was put through a high pass filter to clip the bottom out, and reverb was added to thin out the sound even further.

Given the wild and unexpected success of Episode IV, Williams was now faced with the unenviable task of trying to build upon his own instant classic. Williams also suddenly found himself incredibly in demand. In the not-quite-three years between the recording sessions for Episodes IV and V, Williams had worked with the LSO three more times, for Superman, The Fury and Dracula. He’d additionally squeezed in Close Encounters of the Third Kind.

Williams certainly felt the pressure of the follow-up and departed slightly from his usual compositional practice. “I’m beginning a little further ahead of myself than is usual because the score will reprise some music from Star Wars,” he said at the time. “With that as a basis, I want to try to develop material that will wed with the original and sound like part of an organic whole; something different, something new, but an extension of what already exists.” [source: Film School Rejects]

Empire Strikes Back contained several new, notable pieces to supplement the introduction of new characters (Yoda) and development of characters’ relationships (Han and Leia). The most notorious addition is “The Imperial March (Darth Vader’s Theme).” Much of Star Wars’ scores take explicit inspiration from pieces of classical music, and in the case of “The Imperial March,” Williams references Frederik Chopin’s Piano Sonata No. 2 in B-flat Minor and Gustav Holst’s “Mars, Bringer of War” from The Planets.

In addition to conducting the orchestra again, Williams took over for Lucas as the score’s producer. The released recording logs for Empire aren’t as specific as for A New Hope. However, it’s said Williams and the London Symphony Orchestra did 18 sessions at Anvil in December 1979. However, Anvil’s lease was set to expire in 1980—and the entire lot was set to be demolished. So the company proposed a partnership with a studio in London: Abbey Road. And so, another three sessions were recorded at Abbey Road in December, then six more in January 1980.

Anvil’s proposal came at a time when Abbey Road’s management was contemplating whether or not to break up Studio One, the world’s largest purpose-built recording studio, into a smaller rock studio and additional parking. Fortunately, the Star Wars session is responsible for sealing Studio One’s legacy—and existence—as one of the premiere film scoring studios in the world.

Abbey Road recorded the session on an iteration of EMI’s custom-made, solid-state TG12345 consoles. The original TG12345 debuted in 1968 and was first used on the Beatles’ Abbey Road. The console was instantly revolutionary, as it was the first to ever have a compressor/limiter on every track. The console’s 24 mic inputs, eight buses, four echo sends, and two cue sends additionally made it ideal for recording an ensemble as large as the LSO.

Return of the Jedi

Williams estimated at the outset that he needed to compose 107 minutes of music for Empire Strikes Back. But Empire was not the longest score of the original trilogy—that honor goes to Episode VI Return of the Jedi, for which about 148 minutes of music was composed and arranged. However, by the score’s release in 1983, vinyl records were becoming less popular. While the previous two scores received double-LP releases, Return of the Jedi merely received a 45-minute single LP.

Williams and the LSO returned to Abbey Road over an unspecified number of sessions between January and February 1983. However, when the 20th anniversary of the franchise finally spawned a full release of Return of the Jedi’s score in 1997, George Lucas requested two new pieces of music. Williams recorded a new piece for the ending, entitled “Victory Celebration,” with the LSO.

Additionally, trumpet player Jerry Hey (whose session credits include Michael Jackson’s “Thriller”) was asked to compose and arrange a piece called “Jedi Rocks.” “Jedi Rocks” was to replace “Lapti Nek,” which Williams composed as the disco-version spiritual successor to “Cantina Band.” “Jedi Rocks” is performed in the film by the (fictional) Max Rebo Band, who are Jabba the Hutt’s house band. There is a surprising amount of canon detail about the supposed “sauciness” of the song’s lyrics. “Jedi Rocks” is also notable for being the one piece of music in the original trilogy not composed by Williams.

The influence of the soundtracks for the original Star Wars trilogy upon the film scoring world as a whole would be hard to overstate. Williams gave us one of the most iconic scores in film history. And it even saved Abbey Road’s record-breaking studio from becoming a parking lot.