Celebrating 421 Day And The Legacy Of The Sennheiser MD 421 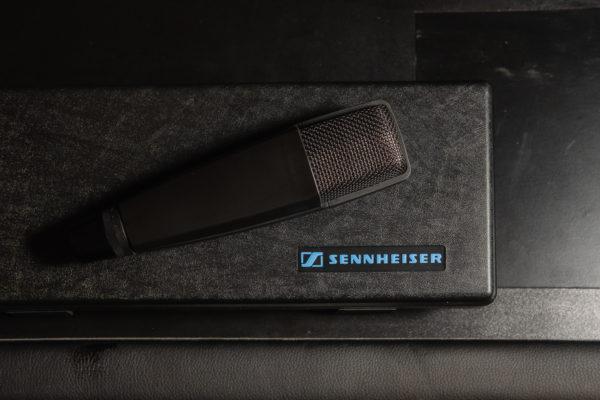 It seems as though there are a handful of microphones that have made their way into just about every recording studio on the planet—from world-class facilities tracking hit records to the makeshift studio in your mom’s garage where you made your band’s first record. These microphones hold some kind of magic power that makes them sound great on almost any source and instantly produce the sounds we’re so used to hearing on our favorite records.

Among these magical microphones, the Sennheiser MD 421 holds a special place in our hearts. The MD 421 has appeared on countless hit records and is a favorite amongst many of today’s top engineers. To celebrate 421 Day, we’re looking back at the legacy of this iconic dynamic mic and how it has impacted the industry over the years.

The first rendition of the MD 421, originally called the MD21, was made in 1953 and featured an omnidirectional polar pattern. The MD stands for Mikrofon Dynamische in German or simply Dynamic Microphone in English. At the end of the 1950s, Sennheiser was looking to develop a new microphone that was better suited for broadcast and recording studio environments, which ultimately lead to the development of the first MD 421. The original MD 421 was available in multiple colors, but most commonly was seen in white, light gray or silver. There have been many renditions of the MD 421 over the years, which have introduced a number of improvements including a five-step high-pass rotary switch, the iconic removable mic clip, different transformer options to accommodate various styles of tape machines, as well as custom mic clips for dual compatibility to both US and European-style mic stands.

Since 1960, more than 500,000 MD 421 microphones have been produced and very little has changed, which is a wonderful testament to the original design. Classified as a large diaphragm dynamic microphone with a cardioid polar pattern, the MD 421 offers a frequency range of 30 Hz to 17 kHz, making it a solid choice for just about everything from drums to vocals. It’s one of the first microphones to offer a variable high-pass filter, which is controlled by a plastic ring located near the XLR connector, with detents for multiple tonal options. When the switch is on the “M” mode, which stands for “Music”, the filter is disengaged, allowing the full frequency range to come through. When set to “S” Mode, which stands for “Speech”, low frequency is rolled off (up to 6dB at 500 Hz) to clear up the mud in the low end and put more focus on the frequencies associated with speech.

One of the most common uses for the MD 421 is on a drum kit or percussion setup because of its wide frequency range and ability to handle high SPLs. Over the years, the MD 421 has become a go-to tom microphone. If you’ve ever used an MD 421 on drums, you know just how easy it is to dial in a professional sound—oftentimes, with little or no EQ. Its wide frequency range provides a solid foundation for the low end, focusing on the depth of floor toms or a lower tuned kit, but also provides loads of detail in the mid-range and higher frequencies that allow the attack and sustain to cut through the mix.

The same can be said for the kick and snare drum. On both drums, the MD 421 is a monster, especially when used with a little bit of compression from something like a dbx 160 or Spectra Sonics C610. With the mic providing its full frequency range and the compressor quickly reducing the attack but extending the sustain, its a perfect pairing for rock drums and can even achieve that large live room sound in a smaller room.

Drums aren’t the only instrument that the MD 421 shines on; it sounds great on just about everything you put in front of it. It’s commonly used as a vocal mic in place of a condenser, whether live or in the studio. The high-pass filter reduces the unnecessary build-up of low-end frequencies while the unique construction of the mic's diaphragm helps reduce plosives, preventing the need for a pop filter in many cases.

The same technique can be applied when recording an electric guitar, bass guitar or even the bottom of a Leslie speaker cabinet. The MD 421 has a powerful proximity effect, so the closer you get to the cabinet, the more low-end you can capture. Place the mic close to the speaker, then either use the built-in high-pass filter or subtle use of an EQ to remove the unwanted low end. Once the low frequency is managed, oftentimes no further boost is necessary to “brighten” the amp tone to cut through the mix. If additional EQ is needed, the MD 421 is known for accepting EQ very well, never being too bright, harsh or brittle, or causing any unwanted phase shifting—even with extreme boosting.

One of my personal favorite uses of the MD 421 is on horns or woodwinds. Those instruments are inherently bright and can be a little noisy with the valves and buttons. Since the MD 421 has a linear bass response up to 1 kHz, it captures a solid fundamental of the instrument, giving you a  smooth and rich tone. Past 1 kHz, the mic provides a smooth mid-range without being hyped,   which helps prevent the harshness of the horn even when played at extreme volumes. The cardioid pattern helps reduce the amount of noise bleed between the different horns in a section (which isn’t always a bad thing) and can give you more control over the blend in the final mix.

No matter what type of music you record, the Sennheiser MD 421 is a versatile workhorse that fits well in any mic locker. With an illustrious history dating back to 1953, it’s incredible to think how many amazing records have been recorded with the MD 421—and how many more will come in the years to follow.

Want to learn more about the legendary MD 421? Check out our shootout between the Sennheiser MD 421 II and MD 441-U to hear the difference for yourself!