Burl Mothership: Exploring Configurations for Studios of Any Size 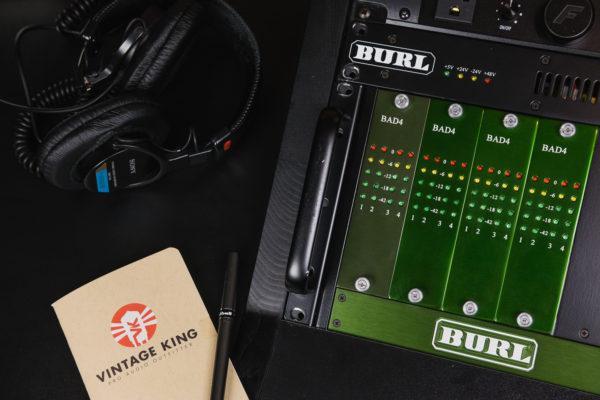 Burl’s B80 Mothership platform allows users to scale their I/O based on needs for a wide variety of studios, from home mix rooms to massive control rooms with Atmos capability. By utilizing either the B80 or B16 chassis, engineers can create custom multi-channel interfaces that are tailor-made to meet specific needs—all while maintaining the elite level of Burl conversion. We sat down with some of our audio consultants to talk about different studio scenarios and the ideal Mothership configuration for each. Let’s take a look.

Sometimes you just need a great home rig for editing, mastering, or experimenting with new ideas after a day in the studio. With smaller setups, your I/O needs are more concise—you simply need world-class conversion to make it work.

If you’re working in the box, you’d want to start with the B16, or the B80 if you’re planning on using more outboard gear. With the B16 chassis, you would equip a BDA8 and a BAD4M, which allows you to print your mixes. That would give you four analog inputs and eight channels of D/A for sends to outboard gear. That’s going to be perfect for someone at home with a small summing mixer or some stereo outboard gear for your busses. If you plan on growing over time by expanding your outboard collection or adding options for live tracking, you can always get the B80 chassis and simply equip it with the previously mentioned cards. You’ll have the same capabilities from the start, but you’ll have space to grow.

Project studios and homes outfitted for tracking scenarios have the same need for crystal-clear sound capturing that standalone studios rely on; Chris Karn lays out how to equip your studio environment for more expansive sessions.

You’re going to want to start with 16 inputs with two of the BAD8 cards in the B80 chassis. That would be able to cover most studio needs, including larger I/O needs like drums. For people who are tracking, they’re looking for the best conversion possible on the front end, so having at least 16 analog inputs of A/D is ideal.

As far as output cards, it’s your choice—if you’re going to do some sort of summing, you could use the BDA8 to give you eight channels to send into your summing unit. You could also take advantage of the four-channel ORCA daughter card, which is also a monitor controller and headphone amp. That’s the great thing about the B80—you’re able to expand over time.

My personal B80 is equipped with 20 inputs and 16 outputs: 16 channels via four input cards and four channels of the B4 mic preamp cards. In my setup, I have two BDA8 cards (16 outputs) feeding my SSL Matrix, which I’m using for summing and mixing.

Commercial studios all around the world rely on Burl converters as their top choice. Legendary rooms like EastWest Studios and modern favorites like Jackpot Recording utilize the Mothership for their conversion needs—the expandable chassis makes it a breeze for commercial studios to expand I/O. James Good walks us through it.

We’re looking at a more expanded system here—a commercial studio is typically going to run at a minimum of 48 inputs and outputs. I would start a configuration with two of the Burl B80 chassis. One of them would be outfitted with six of the BAD8 input cards and the other chassis would get six of the BDA8 cards. This gives a solid amount of in’s and out’s for a larger studio's I/O needs.

I would also include a BAD4M card, which is Burl's mastering module. This gives you two switchable transformers for options when it comes to printing your mixes. Next would be the BAES4 module for AES digital connectivity. This would allow you to interface with professional outboard converters or effects processors.

No matter what kind of projects you work on, Burl makes it easy to capture the color and character typically reserved for high-end studios with racks of vintage gear. For more info on the Burl B80 and B16 Mothership, check out our Burl Buyer’s Guide. 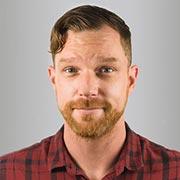