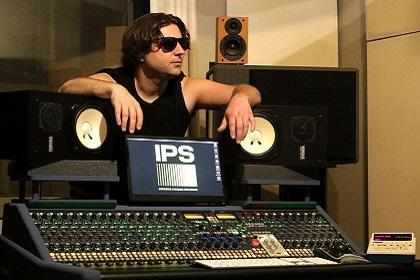 For creators working in mid-sized studios, the Neve 8424 console offers the audio quality and functionality of a much larger analog desk with the modern conveniences and connectivity needed for a hybrid workflow. These were certainly the deciding factors for producer and sound designer Matia Simovich who recently brought home the 8424 to his Infinite Power Studios.

“It offered everything I was used to on a large format mixer, but it was scaled to a size that made more sense in a control room where space is tight," says Matia.

The Neve 8424 delivers on the classic sound of the brand's beloved 80 Series desks. The 8424 features Neve Marinair® transformers on the Stereo Mix bus, the Stereo Cue bus and the AFL bus for high headroom voltage-controlled mixing. In addition, the desk comes with two handcrafted 1073 preamps and the ability to connect to the 1073OPX for additional mic pres.

"The 8424 offered the traditional Neve blend of transformers on the mix bus but it was a lot punchier than I expected it to be. The sound is cleaner and there is more separation, plus the stereo image is huge," Matia states. "I realised this was the new sound I was looking for and now that I’ve started working on it, I am really happy with my choice.”

Matia's studio journey originally began in San Francisco, where he worked at Asphodel Studios and Recombinant Media Labs with artists like M.I.A., Keith Hillebrandt and Blixa Bargeld. After moving to Los Angeles to share a studio with Rhys Fulber and John Fryer, he eventually took over the Infinite Power Studios space in full.

With the studio decisions firmly in his hands, Matia began to consider bringing in a new console. Vintage King's Chris Karn played a critical role in helping him decide on a Neve 8424. Even during lockdown, the producer was able to demo the desk and explore its massive feature set.

“Both Neve and Vintage King were really great. They are all lovely people to work with and very professional," Matia says. “I think Neve has been very clever with this console because it is quite remarkable. The price point is serious but not impossible and you really get the feeling that nothing has been cheapened and no corners have been cut."

Since bringing the desk to Infinite Power Studios, Matia has been busy putting the 8424 to the test. His recent sessions include mixing tracks for Boy Harsher, recording vocal tracks for Nitzer Ebb and a special project for Roland's Fantom keyboard.

"Everyone is very happy and I am beyond ecstatic about the sound I am getting," Matia states. "Workflow aside, it’s the sound of this desk that makes me really happy.” 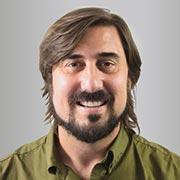