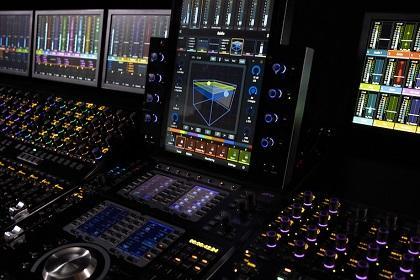 DAWs offer a lot of benefits over traditional analog studio workflows, but one thing that's missing is the tactile response of turning a knob or sliding a fader. Control surfaces offer the best of both worlds, combining the workflow improvements of digital audio with the familiar controls of an analog console. But with so many different control surfaces available, it can be difficult to choose the best one for your workflow. In this Buyer's Guide, you'll learn exactly what to look for when purchasing a control surface to ensure you find the perfect model.

What are Control Surfaces?

Many control surfaces include faders, knobs and buttons, providing tactile control over your DAW, as well as additional meters for visual feedback. Most control surfaces also feature basic transport controls, allowing you to navigate your session without using a mouse and keyboard. Many high-end control surfaces feature motorized faders for reading and writing automation. Control surfaces connect to your computer via USB, FireWire or Ethernet.

Technically, control surfaces have been around since the early 1980s when the first MIDI keyboards were released. Robert Moog unveiled MIDI in 1982 and the first keyboard with a MIDI interface, the Prophet 600 by Sequential Circuits, was released in 1983. The Roland MPU-401 was also released in 1983 and featured software that allowed the device to communicate directly with a PC.

In the mid-1990s, Digidesign started working on digital control surfaces to replace classic analog consoles and provide better integration with Pro Tools. They released the Digidesign ProControl in 1998, which was the first dedicated control surface for Pro Tools. It featured both microphone and line inputs and was connected to a PC via Ethernet. The ProControl was the precursor to the renowned Control 24 and C|24 controllers.

Along the way, lots of new innovative control surfaces have hit the market, such as the touch-based Slate Raven and the versatile Softube Console 1, as well as dedicated plug-in controllers like the SSL UC1. Let's take a look at how you can integrate these control surfaces into your studio to speed up your workflow.

How Control Surfaces Can Improve Your Workflow

Control surfaces use MIDI to control DAW features, giving you complete control over your session and providing some additional meters for visual feedback. Most control surfaces feature one or more banks of channel faders, used to control levels. Additionally, many control surfaces include many of the same features as traditional analog consoles, such as pan pots, solo and mute buttons, and dedicated record enable buttons for each track.

Most DAW controllers also feature transport controls, allowing you to play, stop, fast forward, rewind and record throughout the session. Many control surfaces also feature navigation controls, like track and timeline scrolling, zoom controls and a jog wheel for scrubbing and nudging. Finally, most control surfaces enable you to read and write automation, as well as toggle through automation modes.

All of these features make it easier to accomplish your goals without having to use a mouse and keyboard. This hands-on mixing approach helps save time and keeps you focused on the sound coming out of the speakers, instead of the waveforms on your computer screen.

What To Consider When Choosing a DAW Control Surface

The most important thing to consider when purchasing a control surface is compatibility. Each DAW uses its own communication protocol, which your control surface must also support in order to communicate with your computer. Here's a quick breakdown of the different protocols and the DAWs that support them:

Some controllers utilize a proprietary communications protocol, meaning they only work with certain hardware and software. Check your controller’s user manual for specific compatibility information. Additionally, it's important to make sure your control surface can connect with your existing hardware. Most control surfaces use USB, FireWire or Ethernet, so be sure your computer has the correct inputs.

Arguably, one of the most important considerations when purchasing a control surface is the number of faders or fader banks you need. Most control surfaces feature eight faders, but many feature two or four banks or channels (for up to 32 tracks). Additionally, many units can be daisy-chained to support higher channel counts.

Next, it's time to consider the bells and whistles. Would you benefit from a touch-sensitive control surface, like the Slate Raven? Or something with multiple motorized faders for writing automation, like the Avid S6? What about I/O? Would you benefit from additional analog inputs for recording and overdubbing or digital audio connectivity for routing signals throughout your studio?

Ready to upgrade your studio and streamline your workflow with a new DAW control surface? Here are some of the most popular models on the market to help you find the perfect solution for your studio.


The Avid S6 is a completely customizable DAW controller with a modular design. Features two main controls (the Master Touch Module and the Master Automation Module) along with swappable modules for faders, knobs, buttons and displays. The base model includes space for up to 16 faders and can be expanded with additional chassis.

The Avid S4 is a customizable semi-modular control surface that harnesses the mixing power of the award-winning Avid S6 in a smaller, more affordable package. Available in four base configurations, including three, four and five-foot base configurations with 8, 16 or 24 faders. For more info, check out our Avid S4 Buyer's Guide.

The Yamaha Nuage is a scalable console-style control surface and audio interface that works seamlessly with Nuendo and Cubase (with support for most popular DAWs). Each unit includes the Nuage Master module, which houses transport controls, communications, an integrated touchscreen and more. Each fader bank includes 16 faders and can be equipped with a 24" VGA display.

The FaderPort 16 is a compact 16-channel control surface with all of the essentials. Includes sixteen 100 mm touch-sensitive, motorized faders and 89 buttons covering 104 different functions. Mackie Control and HUI protocols make it fast and easy to control virtually any DAW, but the FaderPort 16 really shines when working with PreSonus Studio One.

The Avid S3 uses the same technology as the award-winning S6 control surface in a streamlined yet versatile desktop control surface. Features 16 touch-sensitive, motorized faders, each with dedicated controls for solo, mute, and record-enable, as well as customizable controls. Plus 32 touch-sensitive, push-button style rotary encoders for tweaking settings.

Inspired by the best-selling S3, the Avid S1 delivers the same intuitive interface and rich visual feedback in a streamlined package. The S1 packs an array of powerful mixing tools into a compact, streamlined control surface that fits neatly between your monitor and your keyboard. Equipped with motorized faders, touch-sensitive knobs and customizable soft keys, the S1 has everything you need for total hands-on control over your mix. Mute and solo tracks, fine-tune plugin parameters and write automation with unprecedented speed and precision.

Turn your iPad or Android tablet into a versatile, ergonomic studio controller with the Avid Dock. Compatible with your favorite EUCON-enabled DAWs, the Avid Dock offers extensive audio, video and monitoring software integration and control.

Softube has created two unique products for controlling your DAW. Console 1 Fader DAW Controller features 10 touch-sensitive motorized faders and two software-based component-modeled analog console emulations: Tube and Discrete. The Console 1 MK II is an updated version of Console 1, featuring same build quality as the original units, as well as the versatile Solid State Logic SL 4000 E console plug-ins. The Fader controller works best for controlling levels and writing automation, while the MK II is best for mixing and tweaking plug-ins. Both units can be purchased together at Vintage King with a handy wooden desktop stand.

Steven Slate Audio offers a series of multi-touch production consoles that bridge the gap between computer and controller. The MTi2 features a 27-inch 10-touch display that puts your favorite DAW at your fingertips. Easily navigate through your session, adjust levels and tweak plug-ins with your fingertips. The Raven MTZ features a larger 43″ multi-touch monitor and an upgrades operating system to further streamline your workflow. Have questions about control surfaces? Interested in purchasing one for your studio? We can help! Please contact a Vintage King Audio Consultant via email or by phone at 866.644.0160.
Products in this Article
Categories: Buyer's Guides
Tags: DAW, Buyer's Guide, Software, Control Surfaces, Mixing, Mix Engineer, Mixing Console, Hybrid Mixing, DAW Controller & In The Box
Posted By: Brad Pack