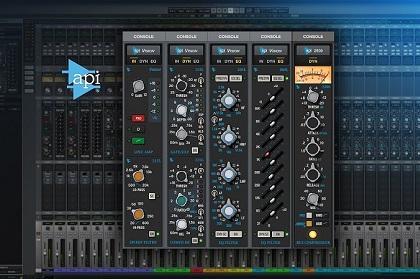 It's no secret that 2021 has spawned plenty of great hardware gear, but today we're shining a light on the world of software. Whether it’s streamlined, intelligent processing or meticulous analog modeling, the audio plug-in market has seen its share of impressive offerings this year.

In this blog, we'll be covering some of our favorite releases of 2021 so far. These tools will be extremely helpful, no matter if you're working completely in the box, sweetening your analog production or just need to edit some tracks. Let’s take a closer look.

Universal Audio's LUNA Recording System has been available for over a year now and offers engineers a console-style workflow in the box. The API Vision Console Emulation Bundle enables users to integrate API workflow and sonics directly into the LUNA system. Sum tracks with the rich sound of API’s classic 2520 op amps and custom output transformers, and easily harness that classic “American Sound” that's known for its punchy, open tone.

The bundle includes the Vision channel strip, meaning you have access to beloved console tools like the 225L compressor and the 550L. Of course, the bundle also allows users to track with the API preamp in real-time using Unison technology. Harness the sound of Fleetwood Mac, The Cure and more with the API console’s most accurate, in-depth emulation on the market.

Offering only a few knobs, Waves Audio embraces its history of streamlined plugins with the new audio tool, Vocal Bender. With Pitch and Formant controls, users can bend and transform vocals in real time, allowing artists to create and interact with the plugin on the fly.

Waves designed the plugin with chart-topping hip hop and R & B vocals in mind, pointing out that the Travis Scott and Frank Ocean style vocals can be crafted with ease, operating with pitch drops and formant shifts with zero latency. A thoughtful Mix control allows you to adjust the blend of affected signal, so that your vocals can be tweaked into the perfect blend.

Part of the McDSP APB-8 and APB-16 system, the new Royal Mu plug-in interfaces with the Analog Processing Box seamlessly. Royal Mu is a dynamics plug-in designed to impart saturation, compression and limiting in one space. McDSP designed this plugin with in-depth Mid/Side controls, allowing engineers to churn out wide, massive mixes with ease.

Because the Royal Mu functions through the APB system, all of the compression that takes place is totally in the analog domain, setting it apart from plugins that perform exclusively in the digital realm. Saturation takes place before the A/D conversion, ensuring no clipping on the digital end. A bias option allows users to dial in flavor, and the flexibility of the APB platform makes this software a home run.

Using BBD-style Tri-chorusing, Eventide’s new Tricerachorus plugin brings the sound of classic choruses from the 70’s into the format of a comprehensive software effect. LCR Depth controls allow for great refinement of spacial sounds, and the Swirl control is a vibey control that’s perfect for psych tones.

Like many of the plugins from the H9 Series, Tricerachorus delivers the ethereal sound that Eventide’s known for. The effect’s iOS compatibility enables users to utilize Tricerachorus on an iPad for live performance scenarios. Fans of the modern Eventide hardware will immediately find something to love in this lush new plugin.

The Arturia’s FX Collection 2  features 22 plug-ins and a lot of new useful tools. Amongst the new highlights, we have the Delay Tape-201 Preamp, which emulates the preamp sections of the classic RE-201 Delay, and the Comp DIODE-609 (an emulation of the classic 33609 compressor). An extensive new bank of 200 presets comes standard, enabling you to get results quickly. Gems like the EQ Sitral-295 and the Tube Sta stand out, harkening back to control room favorites of decades past. A well-rounded collection, Arturia’s bundle easily offers all the necessary tools to mix tracks.

As the most recent EQ from the minds at Sonible, Smart:EQ 3 is a testament to the power of smart digital processing. Adaptive AI works to profile your tracks by instrument type, applying its smart:filter to correct imbalances in source tone. A brilliant feature, the AI also allows users to analyze tracks as groups, so that it can identify and fix masking issues automatically. With an expansive bank of thoughtful presets, Smart:EQ 3 shines most in its ability to accomplish a lot in just a few seconds.

Users will find more time to tweak sounds for taste and move along to other processing, as Smart:EQ takes care of the resonances and imperfections in the source. Between the impressive capabilities of the AI, the slick interfacing, and the efficient workflow, Sonible once again delivers a plugin that will dramatically and powerfully improve your workflow.

Coming from the same geniuses that brought us the indispensable Vocalign plugin, Synchro Arts brings a new, updated version of Revoice Pro 4.3. Those familiar with Revoice know that it’s a sort of one-stop shop for clean, radio-ready vocal mixing. In-depth tuning, double-tracking and thorough time alignment are all accomplished with ease in this one environment, rather than having to separately process your vocals and stack plugins.

Featuring the new SmartAlign technology, Revoice intelligently decides where to align dub tracks with guide tracks, saving engineers a ton of time. The Sync Points have been improved in the new version, allowing users to define target points to help guide alignment. Overall, Synchro Arts brings us another tool that proves to be brilliant with the updated software.

While the Apogee Symphony ECS Channel Strip isn't exactly brand new, the channel strip was only previously available for those who purchased the Symphony Desktop interface. Now the plug-in is available to anyone who wishes to use it and who wouldn't want to?   This channel strip has been finetuned by legendary mix engineer Bob Clearmountain and features impressive equalization, compression and saturation processing. 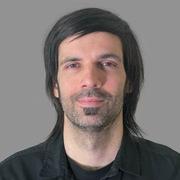 If you have questions about any of the software mentioned in this blog, we're here to help! Please contact a Vintage King Audio Consultant via email or by phone at 866.644.0160.
Products in this Article
Categories: News and Events
Tags: featured, Universal Audio, Plug-Ins, Waves Audio, Software, Audio Plug-ins, Apogee, McDSP, Digital, Arturia, Eventide, Emulations, In The Box, Synchro Arts & Sonible
Posted By: Nathan Doyle