After many successful years producing the 527 compressor/limiter, API Audio is proud to announce the new 527A ($1135.25). The original 527 quickly gained a great reputation for its versatility, so API has built upon it by adding improvements to make it even more convenient to use. API retained the circuit of the former 527, so you’ll feel right at home using the new 527A.

The API 527A Compressor/Limiter is a VCA-based compressor with variable gain reduction methods for switching between “feed-forward” and “feed-back” styles of compression. Users who are familiar with the 225L, 529, 2500, or 2500+ will easily recognize the NEW / OLD gain reduction switch on the front panel. The 527A features an improved LED gain reduction meter and a hard bypass switch for enhanced usability.

Engineers fell in love with the 527’s flexible signal gain control. API designed the 527A with the same control features for adjusting the compressor’s gain reduction behavior. For classic “feed-back” performance, switch to OLD. The NEW setting enables a “feed-forward” gain reduction style that relies on RMS detectors for the gain control voltage, which is typical for newer VCA-type compressors. Compressed signals can be adjusted via continuously variable threshold, ratio, attack/release, and output level controls. Switchable SOFT / HARD knee settings further modify the compressor’s character to toggle between natural or sharp responses. API also included a patented THRUST® function that inserts a filter before the RMS detector circuit. The THRUST switch allows the compressor to preserve the articulate low-end. Versatility is matched by efficiency. The consistent output level makes live adjustments possible without perceivable gain changes in the program level. Like the original 527, this version also makes use of 2510 and 2520 discrete op-amps and can be combined via DC link for multichannel applications. 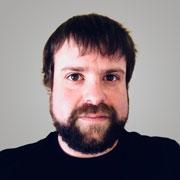 If you're interested in purchasing the API 527A or any gear from API Audio, we're here to help! Please contact a Vintage King Audio Consultant via email or by phone at 866.644.0160.
Products in this Article
Categories: Product News
Tags: Featured, Compressor, API Audio, 500 Series, Limiter, API, API 527 & API 527A
Posted By: Jordan Hall