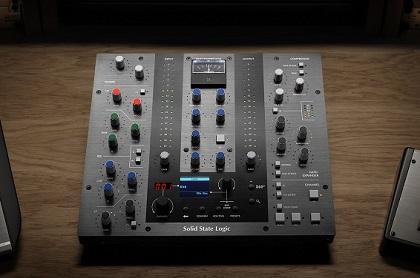 Solid State Logic is known for its world-class consoles with industry-leading ergonomics and next-gen workflows. With the new SSL UC1 plug-in controller ($849), you can enjoy the brand's legendary sound and the feel of mixing on a 9000 L SuperAnalogue console for a fraction of the price and space.

The UC1 plug-in controller offers engineers complete tactile control over the new SSL Channel Strip 2 and Bus Compressor 2 plug-ins. For those who prefer working in-the-box, but love getting hands-on, this new release will pair well with the recent UF8 advanced DAW controller. SSL's approach with these two releases will afford users a simple set-up and slick ecosystem to work within.

In our new video, Vintage King's in-house engineer Bryan Reilly is going to use the SSL UC1 and UF8 to mix a track from Dalinian. He'll take you through each source, talk about how he mixed it and show how the process emulates working on an SSL console. Continue reading after the video for a full breakdown of the UC1 plug-in controller.


On the Channel Strip 2 plug-in, the EQ section now includes advanced anti-cramping algorithms —originally developed for the SSL X-EQ2 — which prevent amplitude and phase wrapping when boosting frequencies above 15 kHz for a smoother, silkier sound. Additionally, the dynamics section has been outfitted with a side-chain input for advanced compression techniques.

The Bus Compressor 2 plug-in has been upgraded with additional ratio, attack and release settings, as well as a key side-chain input for more versatile dynamics processing. New 2 and 4x oversampling algorithms offer improved sonics when working at high bit rates.

The Channel Strip controls are on the right, with high-pass and low-pass filters at the top, followed by gain and frequency controls for all four bands. Additionally, the high and low-bands offer switches for toggling between shelf and bell shapes. A built-in bypass switch allows you to quickly A/B your EQ settings, while the "E" button allows you to toggle between EQ algorithms used on the original SSL 4000 E and G Series consoles.

On the right, you'll find controls for the dynamics processing module of the channel strip, with ratio, threshold and release knobs at the top. The Fast Attack button switches the compressor from the standard program dependent algorithm to a fixed 1 ms attack time, while the Peak button changes the signal detection from RMS to Peak, which results in an instant attack time. Below are the gate/expander controls with knobs for range, threshold, release and hold, along with two dedicated meters that show input gain and gain reduction. In the bottom-right corner, you'll find handy channel strip controls for polarity invert, side-chain listen, solo, cut, bypass and more.

The center of the UC1 controller is home to the bus compressor controls, complete with a real moving coil VU meter that makes it feel like you're sitting right in front of a proper SSL console. Below are the standard controls for threshold and make up gain, along with expanded controls for attack, release and ratio, and new knobs for side-chain high-pass filter and wet/dry mix. On either side of the bus compressor are two 16-segment LED meters for input and output, as well as a high-res LCD screen for displaying and channel information and quickly loading presets and a dedicated button for accessing the new SSL 360° software.

The new SSL 360° Plug-In Mixer gives you complete control over all of your Channel Strip and Bus Compressor plug-ins in one convenient location. Connect the UC1 to your computer via high-speed USB-A or USB-C connection to easily tweak settings using hardware, plug-ins or the channel mixer software. Make adjustments using the controller, the SSL 360° Plug-In Mixer or individual instances of Channel Strip and Bus Compressor for a seamless hybrid mixing experience.

Best of all, you can still use the Channel Strip and Bus Compressor plug-ins and the SSL 360° Plug-In Mixer without the UC1 hardware controller connected. Available for Mac and PC, the SSL 360 ° Plug-In Mixer is compatible with all major DAWs including Pro Tools, Logic, Ableton and more. You can even switch between up to three DAWs at once for complete multi-session control.

Best of Both Worlds

The new SSL UC1 plug-in controller, Native Channel Strip 2 and Bus Compressor 2 plug-ins, and 360˙ Plug-In Mixer combine the legendary sound quality and class-leading ergonomics of mixing on a full-scale SSL console with the lightning-fast workflows and flexibility of working in-the-box for a truly next-gen mixing approach. See what you've been missing out on and experience the best of both worlds with the new SSL UC1 plug-in controller. 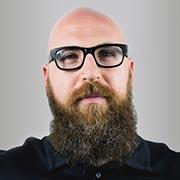