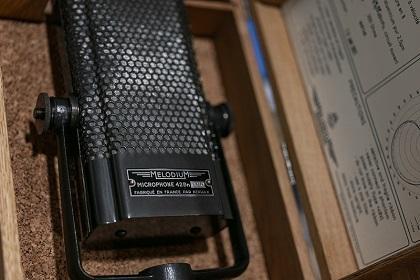 There's something very satisfying about throwing a hulking ribbon microphone up in the studio to capture vocals, drums or room sounds. Maybe it's because engineers have been doing it since the ribbon mic was first invented in the 1920s by Drs. Walter H. Schottky and Erwin Gerlach. It's a piece of the past that we can still relive today.

One of the more sizable ribbon microphone designs from recording history is the Melodium 42B. The microphone was originally built by Charles Bouteleau and Emlie Furn in Paris in the early 1940s with an initial production run that lasted into the late 1960s. The 42B featured four monster Alnico magnets and delivered a smooth, warm sound.

France-based analog recording haven Kerwax has created a stunning modern version of the microphone dubbed the Melodium 42Bn ($ 2,570.88). The microphone's design is based on the exact magnet technology of the original with an improved motor, upgraded mechanical construction, a custom-wound transformer for a higher output impedance and an XLR plug. The mic still has the same large ribbon and Alnico 600 magnets that gave it that classic sound all those years ago.

Watch our new demo of the Melodium 42Bn below to hear the microphone on several different sound sources. In this session, our team used the 42Bn on performances by Ali Shea (Vocals), Teddy Roberts (Vocals), Bryan Reilly (Drums, Acoustic Guitar) and Dustin McLaughlin (Electric Guitar). The session was engineered by Bryan Reilly. 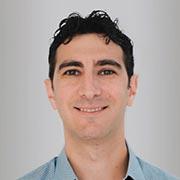 If you're interested in purchasing the Melodium 42Bn or have any questions about the microphone, we're here to help! Please contact a Vintage King Audio Consultant via email or by phone at 866.644.0160.
Products in this Article
Categories: Videos
Tags: featured, Demo, Video, Demo Video, Microphone, Studio Microphones, Ribbon Microphones, Melodium, Melodium 42Bn & Melodium 42B
Posted By: Eric Allen