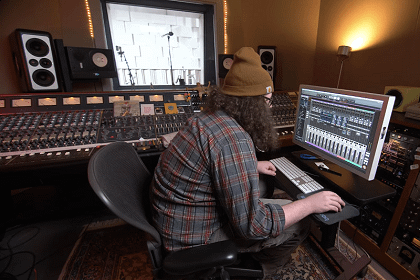 In the first installment of Exploration: LUNA, the team at Trace Horse Recording Studio tracked a song by singer/songwriter Carl Anderson using Universal Audio's LUNA Recording System. The video showcases the smooth integration between LUNA and Apollo interfaces, while also offering an A/B comparison of UAD emulations and the analog gear the plug-ins are based on.

Exploration: LUNA is now back for Part 2 and this time we're talking all about the mix. Trace Horse house engineer Scottie Prudhoe is mixing Carl's track "I'll Wait" and offering you an in-depth overview of the UAD plug-ins he's using in his process. You'll also get a firsthand look at how the LUNA Recording System's built-in summing and integrated multi-track tape can be used to your advantage.