Brand new for May 2021, Antelope Audio is introducing the Galaxy 32 Synergy Core audio interface ($4895). The new Galaxy 32 builds on the success of the Orion 32 with a 1U rackmount chassis featuring 32 channels of I/O, advanced connectivity (Dante/HDX/Thunderbolt 3) and onboard processing power.

Similar to the other interfaces of the Antelope Audio Synergy Core lineup, the Galaxy 32 features 64 bit Acoustically Focused Clocking technology and real-time processing powered by FPGA and DSP chips. Previously unavailable in a 32 channel offering, Antelope Audio’s Synergy Core technology is at the heart of the new Galaxy 32 with six DSP and two FPGA chips.

Also included in the new offering is a haul of 37 plug-ins from Antelope Audio’s library of Synergy Core effects. These highly detailed emulations of classic hardware gear, in addition to third-party collaborations like Antares Autotune, will benefit your tracking and mixing process. Included plug-ins like the VCA160, Gyraf Gyratec IX, BAE 1084 and more bring users high-quality emulations of iconic recording studio classics, all with imperceptible latency. In fact, Antelope Audio claims that 128 instances of Synergy Core plug-ins will load within a session, all without significant latency due to the onboard processing.

Elsewhere on the Galaxy 32, Antelope Audio’s conversion gets even better than previous models, offering mastering-grade A/D and D/A with a sky-high 130 dB of headroom. Antelope Audio promises a wider, more defined stereo image as a result. Analog connections are made via banks of DB25 on the back, allowing users to patch 32 channels into each end. Controlled by a virtual patch bay, the Galaxy 32 allows users to make complex routing decisions via simple drag and drop motions.

The Galaxy 32 also features some welcome additions including two word clock outputs, a second Dante redundancy port and the ability to operate the unit standalone without a computer. In short, the Antelope opens up worlds of flexibility for recording operations needing expansive I/O. Overall, the Galaxy 32 represents an even-more-refined addition to the Synergy Core lineup that has already established Antelope Audio as a serious player in the interface market. 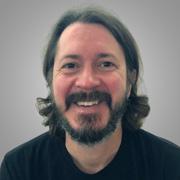