The Life And Musical Legacy Of Al Schmitt

When looking back at the most treasured recordings in American history, Al Schmitt's name appears in the credits of countless legendary songs and albums. His production and engineering work was truly one of a kind.

It all started with an apprenticeship at Apex Recording Studios. A nineteen-year-old Al Schmitt would come face-to-face with the legendary Duke Ellington and say, "Mr. Ellington, I'm really not qualified to do this. This was a huge mistake." Mr. Ellington assured the young engineer that they would make it through the session and the rest is history.

With Al's recent passing still on our collective mind, we went back and dug into his resume to highlight some essential listening. Continue on below to check out music Al worked on, read quotes from folks he worked with and hear the man himself talk about his illustrious career in the recording industry.

After the doors at Apex closed, Al briefly worked at Nola Studios before heading out west to Hollywood. In 1960, he became a staff engineer at RCA where he would go on to work with Henry Mancini, Rosemary Clooney, Elvis Presley and Sam Cooke. Al talked with Mix about working with Sam and producers Hugo Peretti and Luigi Creatore:

“Once we got our sounds, Sam pretty much produced himself. He wrote most of the songs; he knew what he wanted. He had a vision in his head of the way these things should be, and that was pretty much it. He worked fast in the studio. We’d do three and sometimes even four songs in three hours, and then we’d usually choose the best take and that was the record.”

Jefferson Airplane - After Bathing at Baxter’s (1967)

In 1966, Al left RCA and began working as an independent producer. One of his first projects was the third album from Jefferson Airplane, After Bathing at Baxter’s. He worked around the band to let the album breathe with the energy of a runaway train. He would later describe the entire experience as “zoo-like” in his autobiography, Al Schmitt on the Record: The Magic Behind the Music.

Although On the Beach wasn't a hit at the time, many fans now recognize it as an essential record in Neil Young’s discography. The barebones approach (overseen on a track-by-track basis by Al Schmitt, David Briggs, Mark Harman and Neil Young) is distinctly different from its radio-friendly predecessor, Harvest.

The three tracks produced by Al, “On the Beach,” "Motion Pictures" and “Ambulance Blues,” are a masterclass in capturing the right feel. Al famously said, "As much as sound is important to me as an engineer, it is the performance and the feel that sell the record." On the Beach is an essential example of this philosophy.

After engineering Jackson Browne's For Everyman, Al continued to work with the singer/songwriter, even acting as co-producer for Late for the Sky. Widely considered a masterpiece, Browne's third studio effort was made on a tighter budget with a smaller band. In total, the album took six weeks to complete prior to its release in 1974. Aside from its Grammy-winning status, this RIAA platinum record belongs to Rolling Stone’s list of “500 Greatest Albums of All Time'' and the National Recording Registry.

Breezin’ was recorded at Capitol Studio A and produced by Tommy LiPuma, a long-time Al Schmitt collaborator. As an engineer, Al chose to record the band on risers that were positioned around drummer Harvey Mason. The few vocal tracks on the album were recorded through a cheap Electro-Voice 666 microphone. This was a happy accident as Al wasn't expecting to track vocals, but was surprised by how much George Benson actually loved the mic. He eventually donated the microphone to the Grammy museum.

Al worked closely with Elliot Scheiner and Gary Katz on Aja, Steely Dan’s 1977 double-platinum seller. The album is recognized as a classic showcase of the duo’s sonic prowess. Al was the only engineer in history to ever receive a Best Engineering Grammy for a single, which he earned for “FM (No Static at All)."

The team caught Schmitt mixing a rough cut of “Peg” with the monitors turned off as he carefully watched the level meters bounce. In a 2020 interview featured on Pro Sound News, Elliot Scheiner jokes, “They told that story to anybody who would come in the room, that Al was capable of mixing without speakers.”

Jeff Pocaro threw Al Schmitt’s name in the hat to replace one of the engineers who quit at the beginning of production. Jeff had experience working with Al on 12 consecutive albums. He really loved the consistent drum sounds Al was able to capture in the studio. Tracking for Toto IV would take place at Sunset Sound and the album would go on to win six Grammy awards in 1983, including Album of the Year.

There were a few artists, including Natalie Cole, that Al worked with a number of times throughout his career. For the track "Unforgettable," he was tasked with creating a duet featuring the singer and her late father, the legendary Nat King Cole. The duet recording is actually an illusion. He was able to salvage the center track of Nat King Cole’s original recording and pair it with the modern take from Natalie.

"Natalie's very easy to record," Schmitt told Sound on Sound. "At one point, instead of being in a vocal booth, she came out and stood right there with the orchestra... I used a Neumann U67 on her voice, along with just 2dB of a Summit limiter and a Neve 1073 preamp. I like the 67 a lot, it seems to work well on vocals, and with her it worked really well. When her father recorded 'Unforgettable,' he used a 47, and the 67 matched up pretty well with that.

By the early '90s, Al’s album credits spanned far and wide, but there was one artist he still dreamed of working with — Frank Sinatra. Three weeks after telling a magazine his dream, he got a call from Phil Ramone who wanted to hire him to work on Frank Sinatra’s Duets record. The album featured songs alongside Aretha Franklin, Bono, Tony Bennet, Natalie Cole, Anita Baker and Kenny G. In Phil Ramone's book, Making Records: The Scenes Behind The Music, the producer shares the story of Frank breaking free of the vocal booth. As the story goes, the singer preferred to be right next to the brass section while tracking with a U47.

Ray Charles’ Genius Loves Company is a monumental achievement for the entire music industry, partly due to the jaw-dropping cast of talent who brought it to life. Al’s engineering work earned him four Grammys and propelled the album high on the weekly Billboard 200. In total, Genius Loves Company won nine Grammy awards in 2004.

On Paul McCartney's 15th album, Kisses on the Bottom, Al Schmitt once again teamed with Tommy LiPuma. Prior to recording, Tommy spent considerable time with Macca to flesh out concepts for the record, including bringing in a bigger group of collaborators like jazz pianist Diana Krall. Kisses on the Bottom won a Grammy Award for Best Traditional Pop Vocal Album at the 2013 Grammy Awards.

Upon Al's passing, Paul McCartney tweeted, “[Al] always had a twinkle in his eye and was ready for a laugh but most importantly when we had done what we thought was a good take and went into the control room to hear the playback it sounded fantastic. His self-effacing skills always came through.” 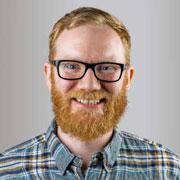