Since bursting onto the pro audio scene in 2018, Cranborne Audio has firmly entrenched itself with a bevy of fantastic releases. One of its most notable products is the Camden 500. This microphone preamp has quickly joined the ranks of the Neve 1073LB and Rupert Neve Designs 511 as one of the best-selling 500 Series modules at Vintage King.

The reason for the success of the Cranborne Audio Camden 500 is no secret. The module offers the polar extremes of the mic preamp world by giving engineers both extremely clean sounds and vintage warmth. When designing the module, Cranborne Audio elected to go transformerless, which guarantees an extremely transparent and linear sound. The Camden 500 preamp has low-noise and low-distortion performance for a stunning level of clarity.

However, when you use the module's Mojo circuit, you're going to get beautiful analog warmth and saturation. This circuit is compromised of a series of filters and discrete second and third order harmonic generators that emulate the behavior of vintage analog gear. Cranborne's two specific Mojo settings, Thump and Cream, are controlled via a flip switch and each uses a combination of these filters for its own signature character. As Cranborne Audio's product offerings have evolved, the brand has taken the Camden 500 preamp and ported it into a few other configurations. There is now the Camden EC1, a desktop version of the mic preamp with a headphone amp and line mixer, and the Camden EC2, a 1U rackmount unit with two Camden preamps, discrete line mixer and headphone amps. In our latest Quick Hits video, we're heading into the studio with the Camden 500 to check out the preamp's clean and Mojo settings. Watch below to hear the module used for tracking vocals,  guitar, bass, drums and synth. 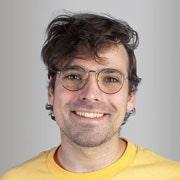