Over the course of the past eight years, Soyuz Microphones has been building a reputation for impactful mics. Innovative creations like the 017, 023 Bomblet and 013 have been adopted by engineers around the world as studio standards that offer impressive sounds.

In this Buyer's Guide, we'll take a closer look at the brand’s lineup of high-end condenser microphones and hear them in action. Before we get to the specifics of each release, let's learn a little about the history of Soyuz and how they handcraft these beautiful mics.

The History And Manufacturing Of Soyuz Microphones

Soyuz Microphones was founded in 2013 by American musician David Arthur Brown and Russian businessman Pavel Bazdyrev. The microphone company’s philosophy is based on the unison of Russian engineering and Western design. Through this alliance, Soyuz focuses on making strictly original designs they consider modern classics, rather than vintage copies. The company's HQ is located in Tula, just a couple hours outside Moscow. This combination of tradition, experience and originality is what sets Soyuz apart from other brands.


If you walk into the manufacturing plant, a.k.a. “The Base,” you’ll see manual lathes, drill presses, white lab coats and analog testing machines. The processes and designs are inspired by the same Russian and German traditions relied on by microphone companies like Neumann and AKG. Many members of the Soyuz assembly team are former engineers and machinists from the Oktava microphone factory in Tula.

Everything that leaves the brand's facility is handmade in-house, which ensures the utmost consistency and quality. Soyuz uses proprietary toroidal transformers, custom capsules and meticulous point-to-point “wire wrap” circuitry to create the warm sound we’ve all been chasing after.

These mics are ideal for vocalists due to the classic warmth and silky touch. The 017 TUBE is well-balanced, yet airy and open in the upper frequency range. Although the 017 is plenty versatile in its cardioid form, the capsule is interchangeable. Swappable omni-directional and figure-8 polar patterns redefine what to expect from a condenser mic.

Soyuz also makes a FET version of its 017 large diaphragm condenser microphone. The 017 FET utilizes the same handmade capsule and form factor as its tube-based brethren to achieve that signature warm sound. The microphones differ in terms of the ability to capture transients, as the 017 FET offers a faster, tighter response.

Soyuz considers the 023 Bomblet to be the all-around workhorse of its microphone lineup. It can tackle anything you throw at it, we're talking vocals, drums, strings, guitar amplifiers... Anything! The key to the success of the 023 Bomblet and its sonic character is the mic's triple back plate system. This capsule design is based on the vintage 19A19 LOMO microphone. Think of it as a Russian reimagining of the famed CK12. With the pairing of this capsule and the mic's transformer, engineers will get tremendous low-end, prominent mid-range and essential top-end.

Whether it's guitar, piano, strings or drums, the 013 will easily become the small condenser mic you reach for time after time. It’s a pleasantly balanced small diaphragm mic that sparkles in all the right areas. The detailed top-end, warm mids and balanced low-end bring out musical characteristics while adding rich warmth. Just like the 017, there are TUBE and FET versions of the 013. They share the same capsule, but the 013 FET's transistor circuitry offers a faster transient response. The 013 TUBE has a smoother top end for an extra layer of color.

The Soyuz Launcher is specifically designed to optimize sound and adds 26dB of gain. Unlike similar gain boxes, the Launcher gives the original signal a sound reminiscent of vintage analog consoles. The “secret” analog circuitry of the Launcher borders on the mythical. It relies on a custom-wound transformer to bring any microphone a leap closer to that classic console sound. Regardless of the microphone or interface used, the Launcher soaks the original signal with tons of character, even if you’re running straight through a PA system. This sort of analog voodoo is practically unheard of.
Soyuz Microphones · Soyuz Launcher - Full Mix Comparison 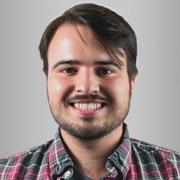